How Much Money Is Rich? 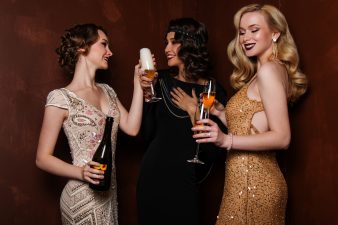 When I was a kid in the 1980s, a common trope in movie and TV plots was the struggling, average person falling into riches. Like the 1983 comedy Trading Places, featuring Eddie Murphy and Dan Ackroyd. A group of bored billionaires secretly conspire to make a poor street hustler and a wealthy banker, Murphy and Ackroyd respectively, switch lives and social statuses to see what would happen.

They don’t call them the 1% for nothing. Entertainment like this appeals to people even to this day – look at the recent success of the film Crazy Rich Asians. Because for most people, the idea of being, “rich,” is an unattainable fantasy. The average American barely makes about $52,000 a year. If you wanted to make a million dollars, how long would it take?

Further, would it meet the definition of being, “rich?” Consider that with the steady, incremental march of inflation, one million dollars is not a lot of money anymore. Relatively speaking. A million dollars in the year 2000 would be worth about $1,476,200 in 2019. Also, even if you tried to save money, it would take a long time to make a million dollars.

If you have an associates’ degree, you can make $1.1 million over a working lifetime. Or two million with a bachelor’s degree. But that won’t make you rich by the definition of some experts.

How Much Money Is Rich?

To be part of the elite 1% crowd, you would need to need to have a few hundred million dollars. Unfortunately, you would have to be born into wealth to attain such status. According to financial experts and bankers, the starting point amount to be considered, “rich,” on a basic level is about $25 million.  This amount of money is adequate for strategic investment purposes.

Also, if you lost money on some strategic investments, just as long as you didn’t invest your whole fortune, it still wouldn’t affect your status. Still, $25 million is an unattainable amount of money for most people. Consider that in the early 1990s, about $3 million was the lower rung threshold to be considered rich.

If you want to become rich, it will take a prudent financial strategy and strategic saving. You can’t save 10% of every paycheck and expect to become rich. It’s important to have a financial advisor, to understand how financial markets work, and to invest wisely via a diversified investment portfolio. Never fall for any get rich quick schemes. It takes time to amass wealth, especially if you are starting from scratch.

Spread the love
By Allen Francis|May 6th, 2019|Categories: Economics / Politics, Personal Finance Tips|Tags: Wealth|Comments Off on How Much Money Is Rich?