How to Pan for Gold in the 21st Century 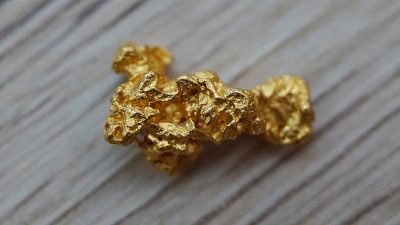 Do you have an aspirational dream or some bucket list wish item, that you really want to do? Yet, in your heart, you probably accept that you won’t ever really do it. Like BASE jumping? Sky diving? Directing a movie? We all have dreams that will probably remain unfulfilled. There just aren’t enough hours in a day.  Also, as responsible adults, the constraints of financial reality keep us from acting out on every indulgent impulse that strikes us.

I have always wanted to be a treasure hunter— to travel the world and hunt for treasure that has been hidden from the world for centuries. However, the equipment and logistical costs are prohibitive. It might be hundreds of thousands, if not millions of dollars, to embark on such a project. Also, just because you find treasure, it doesn’t necessarily mean that you get to keep it. Such treasure could be the sovereign property of another nation.

How to Pan for Gold: Yes, It’s Possible

The treasure belonged to the Spanish government, and the American treasure team had to return it to the Spaniards. My point is that, unlike some other unrealistic pursuits, you can search for treasure as long as you do it legally. There are multiple places in the United States where you can still search for gold in a river.

Panning for gold could be a great way to see the outdoors, get some exercise, and have a little adventure. However, it’s important to remember to keep things in perspective. You are unlikely to find fist-sized nuggets of gold. Most of the gold that can be mined via river panning, if you find any, are found in minute-sized, barely perceptible quantities.
There are many places where you can pan for gold. You should contact any tourism board ahead of time to get more information.

Some places might charge you for the privilege. Also, you don’t want to get caught trespassing on claimed land. There are many areas of public land, streams, and rivers where panning for gold is expressly prohibited. What awful luck it would be for you to find gold or long-lost treasure, and then have it claimed by the government. If you want to try this, make sure it is done somewhere off the beaten track and on unclaimed property. For safety’s sake, it might be best for you to try this activity in a group setting as well.

There is Gold Somewhere Out There

This could be a perfect vacation idea. Also, this is probably the closest you will get to becoming a real-life treasure hunter. The price of gold is hovering around $1,275 an ounce right now. Your costs to buy some outdoor and panning equipment will be reasonable. There are traces of gold in every stream and river in the world. As long as you keep your goals in the proper perspective, you just might get lucky.

Spread the love
By Allen Francis|May 1st, 2019|Categories: Life|Comments Off on How to Pan for Gold in the 21st Century