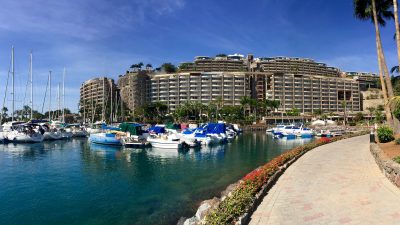 Do you know what a timeshare is? It’s a mysterious word that most people have only heard about but may not know its definition. You might have heard the phrase in 1980’s sitcoms as a plot device. Someone would invite financially struggling characters to a timeshare and then get into a problem that took a half hour to resolve. A timeshare is real estate that a person might use as a vacation or rental property.

Multiple people own the property, and each one stakes out one week per year to use it. Salespeople representing real estate companies or owners of the resort property, beachfront property, and other forms of luxury real estate, usually sell the timeshares. You can buy a timeshare anywhere in the world, although rules for ownership differ from country to country.

Don’t Get a Mortgage for a Timeshare

Take the Caribbean for example. If you wanted to buy luxury or beachfront property in that region, you could end up spending hundreds of thousands of dollars. A timeshare purchased in this region might cost about $14,000. Then, there are the annual maintenance fees that can be as high as $500. You buy a timeshare in the same manner that you buy a house. As long as you pay for it in full, then you own it forever.

That means that you are stuck paying for maintenance costs, also known as, “special assessment fees,” forever. You can try to sell a timeshare, but the market for second-hand timeshares is overly saturated. Additionally, the timeshare buyers’ market is anemic, at best. The point is that once you own a timeshare, you own a timeshare. Some people treat timeshares as a sign of social status.

Others regret buying them shortly after purchase. Then, there are those who can’t afford them, use loans to purchase them, and then get into serious financial trouble.

In the United States, the average timeshare costs about $20,000 and comes with a $600 annual maintenance fee. There are luxury timeshares that can cost as much as $85,000! After 20 years, that amounts to about $32,000. If you don’t have the money to buy a timeshare outright, then you could borrow. Although the main question is: why? Traditional mortgage lenders won’t lend money to applicants who want to buy a timeshare.

A timeshare is extremely high-risk to a mortgage lender. Timeshares depreciate quickly and are almost impossible to resell since the market is full of owners trying to offload such. So, your best option is to take out a personal loan at interest rates as high as 14%. There are timeshare mortgage lenders, but their rates vary. Furthermore, if you don’t keep up with payments, your timeshare can be foreclosed on like a house.

Worse, getting a timeshare foreclosed on can still result in a deficiency penalty. If the proceeds from the foreclosure are significantly less than the unpaid mortgage balance, timeshare value, and the various unpaid maintenance fees, the lender can sue you for your assets to claim the difference.

Live Within Your Means

If you can’t afford to buy a timeshare outright, then it’s self-defeating to try to mortgage one. Assess why you want one in the first place. You’ll be stuck with it, you’ll have to vacation there every year, and you won’t be able to sell it without taking a loss. There are just too many ways for you to lose by mortgaging a timeshare. You might be better off going on a traditional vacation.

Spread the love
By Allen Francis|April 29th, 2019|Categories: Personal Finance Tips|Tags: Real Estate, timeshare|Comments Off on Here’s Why You Should Never Get a Mortgage for a Timeshare