“Free” Birth Control is not Free

If you were paying very close attention to the news earlier this week, you might have heard some medical news.

Oh no Kevin! Not another post about health care. Your last one didn’t go too well…

Starting in August of next year, anyone with medical insurance will be able to get “free” birth control. Well isn’t America great! Through the magic of our delightful president, we don’t have to pay for something that used to cost us money.

Not only is birth control covered, but also any contraceptive (including condoms) or sterilization procedure. Also reproductive education. In fact, the law doesn’t stop there; there is a huge list of preventative care procedures that insurance companies will be required to cover without any co-pay or deductible. 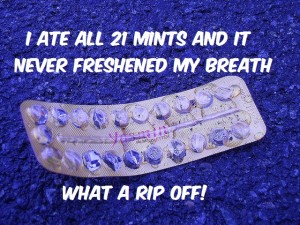 There’s No Such Thing as a Free Lunch

You see, the companies that make birth control and condoms, and the hospitals that provide preventative care, well they aren’t making those drugs and performing those procedures pro bono. No, they are getting paid by someone. Enter the insurance companies.

And who pays the insurance companies? Oh, right. The people who have insurance.

Do you think the health insurance companies are going to eat the cost of all these new things? Are they going to let their profits fall, and allow their stock price to crash, and stop paying senior executives just to comply with this new law?

Or do you think they are going to raise their customers’ health insurance premiums? Gee, let’s think about that.

So instead of paying $200 a month for health care like you do this year, you’re going to be paying $225 a month next year. But hey, don’t worry about it. You’re getting FREE BIRTH CONTROL!!!

This is Another Tax on the American People

If we take out the middle man, it looks like this: The government passes a law that makes health insurance customers, or responsible US citizens, pay more money.

This is just a clever way to hide a tax increase into something as “wonderful” as free health care.

I would be remiss if I didn’t mention two other impacts of this law.

Moral Impacts: Some people (like me) believe life begins at conception. Therefore, I consider the morning-after pill an abortion. I also believe abortion, aka killing a living human, is murder. In my opinion, if this law forces health insurance to cover the morning after pill, then as far as I’m concerned, this is government funded abortion. And if you disagree, please don’t waste your time trying to change my mind on when life begins in the comments. It would be the ultimate exercise in futility.

Economic Impacts: If you believe research like that presented in Freakonomics, you could argue that increasing contraception availability and therefore decreasing unwanted pregnancies will result in a happier, healthier, more productive and less costly generation of children. This could very well be the case, and if true, would save the country money and reduce crime. Because of this, it is possible that increased costs today will result in lower costs in the future. Having conceded that potential outcome, the fact remains that this “free” birth control will actually be paid for immediately in the form of higher health insurance premiums.