Get Ready for Increased Electricity Prices

I don’t know how much more expensive power will become, but you can bet your patootie it’s gonna go up soon thanks to the EPA. Coal is responsible for 54% of our nation’s electricity today and is the cheapest way to produce electricity, but unfortunately coal is too “dirty” according to the EPA.

The EPA announced new environmental standards yesterday that will essentially make it too cost prohibitive for anyone to build a new coal power plant that would meet the environmental standards. That means any new power generated is going to come from a more expensive source. Obviously this means prices will go up.

Don’t believe me? President Obama says it himself. He is referring to a cap and trade system in this video, but the concept of setting “clean” energy standards is similar.

…coal power plants, natural gas, whatever the plants were, whatever the industry was, they would have to, uh, retrofit their operations. That will cost money; they will pass that money onto consumers.

Luckily these rules don’t apply to existing power plants. If they did, you would probably see your electricity rates double or triple overnight. With this rule only affecting power plants that are planned to start construction after March 2013, the Obama administration has ensured that you don’t see your electric bill increase until well after the November elections.

With these regulations not taking effect until March 2013 and only applying to new construction, the impact on your electricity bill will be either small or non-existent for at least 1-2 years. 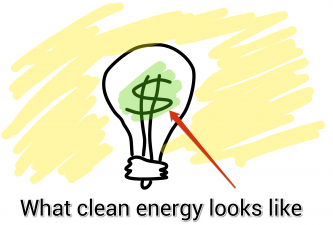 However, the article also states “The regulations would apply only to new power plants, not modifications of existing facilities, the standards for which are expected later.” [emphasis added by me]

Prices are going to jump substantially the moment the EPA releases standards for existing plants. As soon as that happens, coal power plants are going to raise prices because they will need to raise money to “retrofit their operations.”

This will only happen after the November election and if Obama wins. However, if he does win then you better have a financial plan to account for substantially higher electricity prices.

Readers: What are you doing, if anything, to prepare for higher electricity prices? Also, how are you reducing your power usage today, if at all?

I’m Not Here to Argue Man Made Climate Change

If you have a PhD in some relevant scientific field and can show me your calculations that not only proves global warming exists, but also that man’s actions are causing it, then please share your findings. If you don’t, then I don’t want to hear your opinion on climate change.

Regardless of your political/scientific opinion of climate change, I think we can all agree that “clean” energy costs more money than “dirty” energy. Let’s focus the discussion on how you are (or aren’t) preparing for potential price increases in your electricity bill.

Thanks to Jeff from Sustainable Life Blog for coming up with today’s Whatever Wednesday topic!