Getting to Know Me

Using the release of my first music video as my start date, I’ve been singing like Frank Sinatra, making videos like Stephen Spielberg, and making people laugh like Stephen Colbert for about six weeks now.

Okay, I’m admittedly at least slightly less talented than those guys, but what I lack in talent I make up for in personality and humility! 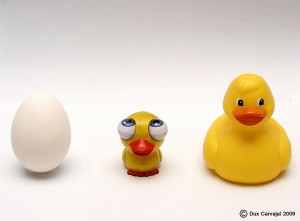 I used to be a little baby and now I'm a big duck, errr boy.

The only problem is I don’t feel like you guys know me well enough! How am I supposed to draw you in with my personality if you don’t know me personally? Sure you are aware that I have a love affair with a piggy bank and I am obsessed with St. Louis Style Pizza, but how did I get to this point of blogging and making music videos? Next week I’m going to tell you five stories about my life that have shaped me as the funniest blogger you know as well as a responsible financial adult and person. I promise you will be entertained next week.

Before I tell you about me, I want you to get to know some of my blogger friends. I haven’t done a good job of telling you guys about some of the great blogs that are out there in the interwebs. Here are some of the most interesting things I’ve read this week.

Speaking of the blog ranking, I want to thank my readers once again for being so awesome. I’m getting more readers every day and I know it’s because you guys are telling your friends (why wouldn’t you?). My Yakezie goal is to go from an Alexa ranking of over 10,000,000 to under 200,000 within the next five months. I’ll have you know my official three month ranking is already down to 901,035. I’ve already improved by 9 million and my site hasn’t even existed for three months.

Here’s the better news. Since I wasn’t even around for three months, that three month ranking has a bunch of zeros for about seven weeks of it. My one month ranking is 343,683 and getting better every day! By December, I will definitely be well under 200,000 because my readers are awesome! Which reminds me, if you want to be the coolest kid in school then subscribe to my RSS feed.

I’m going to Texas A&M this weekend to watch the Missouri Tigers beat the Aggies and improve to 6-0, and then I’m probably hitting up the Texas State Fair in Dallas. I hope your weekend is going to be as fun as mine.

Spread the love
By James Hendrickson|October 15th, 2010|Categories: Blog, Life|Tags: About Me|1 Comment