Holy Crap! You Guys Are Awesome!

Let me tell you guys how awesome you are.

A few weeks ago I did a little economics post about how businesses exist to create profit, not jobs. At the bottom of the page, I added a few links to some articles in the personal finance world. I read a lot of great stuff every week, so I figured I should start sharing some of the better stuff with you guys.

The third link in that “Friday Links” section was a little note about the Plutus Awards. The link was to the nomination form where you could pick your favorite blogs from a bunch of different categories. I would obviously love to win one of these awards, but I’m also a realist. My blog is still just about a year old and has a tiny fraction of the reader base of many other great sites.

I was hoping to get a few votes here or there, but mainly wanted to send some votes out for some of my favorite blogs like Punch Debt in the Face, Budgets are Sexy and Afford Anything (all three of which are nominated for awards!!)

There are five finalists for each category and the voting opened on September 1st. I figured if I had somehow gotten a nomination that I would have been notified, so I just made a mental note to go back when I had time and vote for my favorites. Then I got an email on September 4th from Flexo of Consumerism Commentary, who is the brainchild behind the awards:

You know what this means? YOU GUYS ARE FREAKING PHENOMENAL! If I really thought I had a chance to win a nomination, I probably would have shamelessly written up a full post (instead of a small link) and asked you to nominate me. I seriously underestimated the awesomeness of my readers.

And just to show you how much of an underdog I was to even get one nomination, let me show you some stats of the other finalists in my three categories:

As you can see, I’m pretty much a huge underdog. Although I do have to give huge props to Control Your Cash and Financial Uproar for making the list with even lesser stats than I have. Congratulations guys! I’m definitely a fan of Financial Uproar, and am proud to be one of his 111 feed subscribers!

But back to the main point. You guys seriously made my day. It was such an awesome surprise to find out I was nominated for these awards.

Exercise Your Right to Vote!

Now it’s time to vote for the Plutus Awards. So does that mean I’m asking you to vote for me? Actually, no.

If you would like to vote for me, I’d be honored. To actually win a Plutus Award would tickle me so much I’d probably be institutionalized for spontaneous bursts of laughter at highly inappropriate times. But realistically, voting for me would be like voting for a third party in an American Presidential Election; you might think that guy deserves the vote, but you also know he won’t win.

These other sites are too big and honestly, most of them are such great blogs that it would be a huge challenge for me to win even if we had comparable readership bases. I was so excited about being nominated that I quickly voted for myself in all three categories (so at least I get one vote, right?). After thinking about it for a minute, I wish I had my vote back.

For the three categories in which I’m nominated, I will share who I think is the frontrunner, and then who has a realistic chance at winning and will need some votes.

As you guys know, I love Budgets Are Sexy and PDITF. Len Penzo is also great, and probably the best writer of the three. But if I’m looking for a laugh on a personal finance site, I go to Punch Debt in the Face. His writing is funny and his pictures are almost always hilarious. If you’ve ever laughed at any of my homemade pictures, then you’ll love Ninja’s stuff at PDITF. He has a big enough following that he could win and beat out Budgets Are Sexy (who won last year) with a little more support. I wish I had voted for him.

Frontrunner: I Will Teach You To Be Rich
Potential Winner: Financial Samurai

I Will Teach You To Be Rich is literally 1000% bigger than any other blog in the competition and won the award last year. However, I really don’t like his stuff because he talks in absolutes. He tells you what you should do instead of giving you information and then giving you the opportunity to decide for yourself. I hate that kind of “advice”. Sam over at Financial Samurai is always controversial, but doesn’t tell you what you should do. He’s also the creator of Yakezie and is a great guy. He’s a huge underdog but I’m rooting for him!

I’ll be honest; I don’t know anything about Generation X Finance. I’m 26, which firmly places me in between Generation Y and the Millennials. Since I’m not a Generation X’er, I don’t read this blog. The only reason I say he has a good shot at upending Budgets Are Sexy’s second annual win here is because he has such a large amount of feed subscribers. With that being said, I would vote for Budgets Are Sexy here because I know his site and I like it.

Other Categories Not Involving Thousandaire:

Some of my favorite blogs are nominated in other categories, so here’s a few ideas of how to fill out other portions of your ballot.

Best New Personal Finance Blog: Afford Anything. You guys should know by now that I love Paula’s writing. I really hope she wins, and think she has a great shot.

Best Personal Finance Blog for Teens or College Students: The College Investor. And actually, I wish I were nominated here. I’m going to have to do some introspection and refocus my efforts on reaching the younger audience. More music videos maybe?

Thank You One More Time!

So once again, thank you guys so much for nominating me for Plutus Awards. I hope to be in a position next year where I could actually win one of the awards. To do that, I think I need to do more of what I do better than anyone else on the internet: personal finance songs.

Start looking out for more “acoustic” songs. Writing songs and recording them is a piece of cake compared to doing a full music video with scripts, actors and all that complicated stuff. I’m gonna find a way to put out more songs and make them interesting videos without needing other people involved in the process.

And as far as Friday Links are concerned, I just recommend you check out any of the sites nominated for Plutus Awards that we’ve talked about. They’re all pretty great! 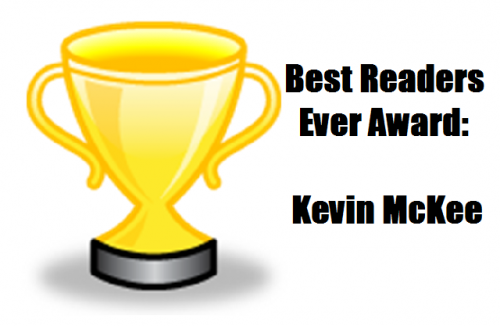