Hostility is the Best Negotiation Technique

Hi guys, it’s Daniel from Sweating The Big Stuff, back to try and kick Kevin’s butt in another personal finance argument.

The other two arguments have been really fun (for me at least) because I won both of them, so this time I’m going to give you an unpopular argument. Instead of being the good guy, I am advocating being a jerk in order to save money and get what you want. I wouldn’t defend it so vehemently if I didn’t truly believe in it. I’ll provide plenty of examples that if you really want positive results, you need to complain, argue, and threaten to take your business elsewhere. Good luck to Kevin, who is posting on my site that being friendly can make or save you money in negotiations.

First, let me give you a disclaimer. There is no one size fits all. Being friendly and asking nice works sometimes, while threatening to quit or leave can have great results as well. What I’m going to show is that being hostile is the way to go more often than not.

What I mean by hostile is not going in and immediately demanding that you get your way. There’s a little more subtlety to it. But instead of asking nicely, you have to show that you are serious.

Usually the person at the bottom of the chain, the customer service representative, yields little power. They can make small changes to your account, but in order to have any real success, the problem needs to be escalated. So the first step to a good negotiation is to make sure you speak to a manager, or someone up. It may not make the customer service rep happy, but it needs to be done. 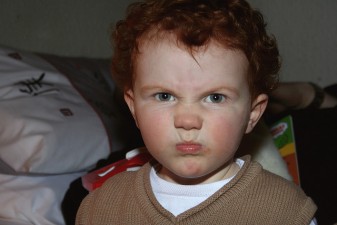 I’ve gotten plenty of money back on my cell phone bill, including a whopping $105 when I was getting a free iPhone and 2 months of service. What I didn’t include at the time is how I was able to do it. I called and complained. I wasn’t so nice about it. In fact, I knew that I shouldn’t ask nicely for a discount, but instead I should threaten to leave AT&T. And of course, it worked.

Going back a little further, I wrote about how to negotiate with wireless carriers. Guess what? I wasn’t simply giving suggestions. I provided a real script that I used. The first thing I did? Asked to cancel my account. Again, amazing results with savings of $108.

Too much AT&T examples? Let’s move over to banking. Bank of America tried stealing $25 from me so I responded with a few trips to a branch where a nice woman named Jenny helped me. Unfortunately, she couldn’t get the job done, so I went to twitter, and sent an unfriendly comment about Bank of America. Behold, within 10 minutes I got a message offering to resolve the issue. Not only did they give me my $25 they owed me, but they gave me an additional $10, too! Booyah!

A friend just told me that he got into an argument with Paypal over their using his funds first instead of charging his credit card, and it caused him lots of accounting problems. What did he do when they said it was their company policy? He filed a report with the Better Business Bureau. Sure enough, within 2 weeks, they offered to fix his issue in return for him withdrawing his claim.

In all these cases, asking, smiling, and being friendly didn’t get the job done. But escalating, threatening to use a different service, and complaining publicly did. Why? Because getting people to act is easier when they are trying to put out fires rather than simply helping someone.

If you guys think I’m right, let me know in the comments below. Then head over to Kevin’s post on my site and berate him for being naive. Really Kevin, smiling is enough to get people to help you?

Also, feel free to check out some of our previous arguments below:

About the Author: Contributor

Today's post was brought to you by a guest poster. I encourage you to check out his or her website.