How a Broke Canadian Spends $225 USD

The following is a guest post from Melissa, author of the personal finance blog BrokeTO.

Q: What does a personal finance blogger buy with $225?

A: “Buy?! Are you crazy? Why would I spend that money on stuff when I could put it in the bank and use it to earn thirty cents a month in interest?”

OK, so my joke’s a little lame, but let’s be honest, we personal finance types can be a little boring, and more than a little nerdy. Is a story of how I saved money by making DIY cockroach repellant more interesting than a story about how I once ate nothing but rice and mac and cheese for three weeks because I’d spent all my money that month on new records?

It’s really not. Because sometimes, personal finance is like a sickness, especially if you’re someone like me whose whole blog is based on being extremely broke in an extremely expensive city. If someone gave me $225 out of the blue, you better believe I’m not going to buy a new pair of shoes, but I’m going to put it in the bank in the hopes of one day being able to afford a place to live that has an actual dining room, office and kitchen, instead of just three dedicated corners of my living room.

But if someone were to give me $225 with strict instructions to spend it on things that I want, or else I can’t have the money at all? Well, that’s a horse of a different colour. (Kevin’s note: Crazy Canadians throw an extra “u” into “color”. I love it!)

But that’s exactly what happened to me a couple of weeks ago when I won the first Thousandaire giveaway: A $225 gift card to Amazon.com—can’t put that in the bank! (Big, huge, massive thanks for Kevin for hosting such an awesome giveaway. He’s the bomb!)

Time for a Shopping Spree

I was totally and unbelievably jazzed, because while I try my best to practice restraint when it comes to my shopping habits, and am almost always more likely to spend money on things like going out and being with friends than new shoes, I am so not a minimalist by any stretch of the imagination. I might not buy a lot of stuff, but I certainly want for a lot of stuff. 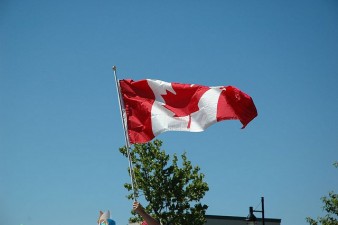 I became even more jazzed when I realized that Kevin had sent me a gift card for Amazon.com, and not the Great White North equivalent of Amazon.ca, because do you know how superior Amazon.com is to Amazon.ca? I didn’t! Amazon.ca is mostly books and movies and video games (and oh, if I had to spend $225 on just those things, that wouldn’t be the worst problem to have), but Amazon.com has everything. It’s like Walmart online. (I also recently learned that Walmart.com literally is Walmart online, whereas Walmart.ca is basically a catalogue of things you can buy in the store.)

Suddenly I went from wanting a whole bunch of stuff, but having no money with which to buy it, to having money to buy stuff and a whole world of options of things to buy. Where should I start? Electronics? Clothes? Movies? Purses? Shoes? Kitchen gadgets? Craft supplies?

I was basically in consumerism overload. This must be the way the people on Supermarket Sweep must have felt. How in the world was I supposed to choose? It was most definitely an impossible feat.

But after some careful deliberation, determination and a lot of hard work, I came to the conclusion that spending $225 is most definitely possible. As long as I put my mind to it, I could achieve anything.

After many a lunch hour spent browsing Amazon.com and making lists and comparing shipping charges and then making new lists and then starting over when my browser crashed and wiped out my shopping cart—and then arranging to have my loot shipped to a relative who’d been vacationing in Philadelphia so I could save on shipping costs—I’d finally decided.

And since, like all proper voyeurs, I am always curious about how people spend their money, I thought I’d share my booty with you. I bought…

Umm, because I’m a girl? Of course I bought shoes. Obvi. Normally, I wouldn’t buy something like shoes online, but I’ve bought from this brand before and know they fit well, and they were just so darn cute, so I decided to go for it.

Have you ever used this little guy’s predecessor, the Apple Mighty Mouse? It’s got a roller ball that gets constantly jammed with stuff, so it stops scrolling, and it can’t be opened up to be cleaned, so it is without a doubt the worst, most infuriating product Apple has ever made. But the Magic Mouse? It’s divine. It’s like the trackpad on a laptop, but in mouse form and oh-so-smooth. I have one at work and I’d been lusting hard for one to bring home to my own desktop.

Unfortunately, this was one product that couldn’t be shipped to Canada, which was the main reason I arranged to have the order shipped to my relative in Philly. Otherwise, I likely would have just paid the shipping to have it come to my house. But man, I cannot wait for this thing to arrive.

Even though I do a lot of cooking at home, and I even post weekly budget recipes on my blog, I’ve still been using the same crappy dollar store utensils that my mom bought for me five years ago when I first moved out. It was time for an upgrade.

Because cherries were in season recently here in Ontario and because, well, why not? Plus he looks like he should be a character in a Super Mario game.

Some movies and TV series on DVD

Even though all these things are easily available on Amazon.ca, and, while I didn’t see one, I’m pretty sure I could purchase an actual house on Amazon.com, movies and DVDs are still what Amazon does best and the prices on the American site (and in American stores, no doubt) are still a lot cheaper than what we’d get here in Canada, so I picked up a bit of entertainment to keep me busy through my annual hibernation during the upcoming Canadian winter (unfortunately, Amazon.com didn’t sell insulation for my igloo, so it’s pretty chilly in these parts).

Pretty close, if I do say so myself. Though I have to admit that I did kick in a little extra for quick shipping to make sure my stuff got to Philly in time (which it did).

And now, I just sit back and wait for my goodies to come to me. I daresay, I think I’m more pleased with the outcome of my shopping spree than I would be with the thirty cents a month my winnings might have won me in interest.

Melissa Wilson is a Toronto-based magazine editor and writer. She blogs at BrokeTO about what it’s like to be a twenty-something living in one of the most expensive cities on the planet, in a post-recession haze and on a journalist’s starting salary.