How I Plan to Retire

Home/Blog/Life/How I Plan to Retire

How I Plan to Retire

Last week I wrote about how I took a loan from my 401k to help me pay for my 20% down payment on a house. 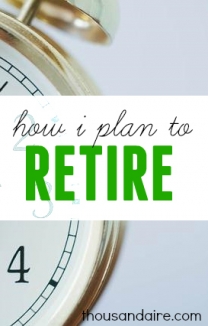 Some people thought it was a great idea. I even got an email from a good friend telling me that the information was incredibly useful for him and he thanked me profusely.

Other readers thought my 401k loan was such a terrible idea that they have decided to stop following my blog.

Who knew taking a low interest loan from yourself was so controversial?

My 401k is Retirement Play Money

I understand why some people were offended by me taking a loan from my 401k. For many people, their 401k is their retirement lifeblood. Their hopes and dreams of reaching retirement are resting on the balance in their 401k.

My 401k is different. I consider my 401k as spending money for retirement. Nothing more.

Given all these unknowns, I find it rather foolish to try to retire by saving up a huge pile of money.

I have a better solution.

Retire At Any Time By Generating Income

Imagine I want to have $50,000 a year (in 2012 dollars) in spending money when I retire. I can try to save up some amount (probably millions of dollars) to be able to pull out $50k a year, but I really can’t answer any of the unknowns I just mentioned.

Another option is to start generating passive income streams. 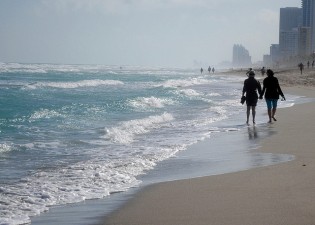 Maybe I work on building some internet business where I am the owner and I pay other people to run it. Pretend this generates $1,500 a month with minimal effort on my part. That’s another $18,000 a year.

Let’s say I’m old fashioned and want to get involved in a business that exists in the physical world instead of just on the internet. Maybe  I find some partners and start a restaurant. We hire high school kids as employees and pay a few responsible adults to be the managers. Let’s say this real world business makes $1,900 a month. That’s yet another $22,800 a year.

Between my rental property, my online business, and my restaurant I’m making $4,200 a month. That comes to $50,400 a year. Every year. And I don’t have to do any of the work myself.

I might have $4,200 a month in passive income by the time I’m 65 years old and I can retire with the 401k folks. But what if I get that much at 35 years old? Looks like my way worked a little better than the saver’s route.

What if medical advancements mean that people my age are going to live until they are 120 years old? Those 401k-saver retirees are gonna be living off government assistance and charity when they run out of savings. As long as my businesses are still going, then I’ll have all the money I need no matter how long I live.

If inflation gets bad, my business just raises prices to keep up with inflation and as long as I can keep them profitable then my retirement is safe. A 401k doesn’t get an automatic inflation adjustment.

If the stock market crashes then it doesn’t directly affect my businesses (although the indirect implications could be that one or more go out of business). People relying on their 401k to retire might lose decades of savings.

If I want to retire early there’s no law saying I can’t get to my business income before I’m 60 years old. The 401k savers are stuck until the law allows them to get their money.

Saving Is NOT The Only Way to Retire

Some people are going to work until they are in the late 60’s, save as much as they can their whole young lives, and then retire with a big lump sum of money. Then they just have to hope they die before the money runs out.

When I’m retired I don’t want to live my life hoping my heart gives out before my bank account. I want to have multiple, diversified streams of income that will allow to retire as early as I can and to stay retired as long as I live.

Despite everything I just said, I will keep saving money in my 401k.

First of all, my employer matches 100% of my contributions, so I can’t pass up a 100% instant return. Even if I decide to pull the money out early and pay the penalties I’ll still come out ahead because of the match.

Second of all, when I need to access the money I can just take out another 401k loan. This will probably happen again when I’m looking to start some kind of business and need start-up capital.

If I have anything in my 401k when I retire (which I probably will) then I’ll use it for play money. I can take killer vacations or buy sweet presents for my grandkids. I will not use it to plan for my retirement.

There’s only one path to retirement for me, and that’s generating income.

Readers: How are you planning to get to retirement?