How to Turn in a Leased Car

A few weeks ago I wrote about how terrible it was preparing my car to be turned in at the end of a lease, and how I hated having to wait and find out if they are going to charge me for damages that were above and beyond “normal wear and tear”.

I was told that I would hear from them in 7-10 days if they were going to charge me for any damage. It has now been over three weeks since I handed over the keys and I haven’t heard a word from Toyota.

Looks like the end of the lease wasn’t so bad after all!

How to Ensure You Aren’t Charged

When you turn in a lease, you have to look at the car as if it isn’t yours. Understand you were “borrowing” it from the dealer and they want it back in the same condition as you received it. I have two suggestions based on what I did.

1. Make sure to have your car inspected before turning it in. Either by an independent agency or just go to the dealer and have them take a look. This will tell you what you need to fix before returning the car.

2. Don’t try to trick them. They gave me two keys when I bought the car. I lost one. I could have just given back one key and hoped they didn’t notice or care, but I would have risked getting charged for a new one (and dealerships charge way more than independent shops).

I had a shop give me a new key for half of what the dealer would charge, and turned it in with both.

I also got some scratch repair stuff from Auto Zone and rubbed out some of the more noticeable scratches. This only cost about $15 bucks and may have saved me hundreds in body work.

I spent over $250 preparing that car to be turned in. They could have charged me a few thousand for a new key and some body work. I’d much rather pay $250 and not give them the chance.

I’m In the Clear No Matter What

At this point I don’t even care if they were to contact me and ask for money. I wouldn’t pay if they did. 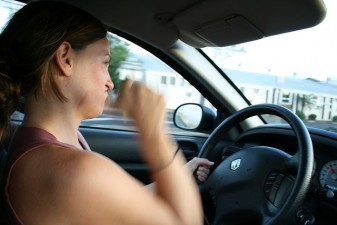 The car hasn’t been in my possession in over three weeks now. If there’s a dent or a scratch that I caused they should have contacted me earlier. If they do ask me for money, it’s probably because some damage was caused after I turned it in and they are trying to screw me again like they tried to do before.

If they’ve been holding the car for three weeks, they are responsible for anything that happens to it. That’s the bottom line.

I certainly hope they don’t call me, but if they do, I’m not gonna pay for anything.

This Doesn’t Change My Opinion on Leased Cars

Despite the fact that I won’t be paying up for damages, this has not changed my opinion on leased cars. I won’t do it again.

The next car we buy will be a used car, and will hopefully already have some cosmetic damage so that we can get it at a discount. I will never lease a car again and stress myself out about if I’ve kept it pretty enough for them at the return date.

The good news is I don’t have to worry about paying money to Toyota, and the company has partially restored my faith in them as an honest business (although I will NEVER go back to the dealer who tried to screw me).

Readers: Have you ever expected the worst and been pleasantly surprised with a company?