I Got a Promotion!!!

A few weeks ago I talked about how a weak economy like the one we’re in now should make you re-evaluate your current job and determine if there is a different place in the company that would make you more valuable (and hence, less expendable).

Taking my own advice, I decided to start looking for jobs that would move me into a more business critical role. I applied for a few positions and on September 17th I’ll officially start my new position within my current company. 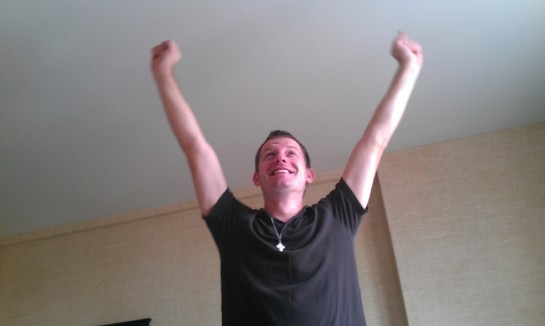 My old job was great and I had a really awesome boss, but it was a support function. If the company decided to start saving money, my position wouldn’t have been considered essential and could have been on the chopping block.

My new job is one of the most important programs in my company. We’ve set a global strategy and this new job is smack dab in the middle of delivering on that initiative. As long as we are committed to doing this program, my job should be pretty safe.

Not to mention I get a promotion and a raise!

If you want to keep your job in a bad economy, you have to make yourself as valuable as possible to your company. Here’s how my promotion makes me more valuable:

I’m feeling really good about the new job. I think I’ve made my job more secure while I’m also advancing my career. Plus the raise doesn’t hurt either.

I have to admit there are a few dangers of taking a promotion in a bad economy. Sometimes the last one hired is the first one to leave. Tomorrow I’ll talk about what I’m going to do to make sure I don’t get put on the chopping block if my company needs to save money.

Readers: When is the last time you got a promotion. If it’s been over 2 years, have you thought about applying for a promotion within your company or looking for new jobs at a new company?