I Lost 10 Pounds During Lent By Drinking Water

I Lost 10 Pounds During Lent By Drinking Water

At the beginning of lent almost 2 months ago, I decided to stop drinking soda, chocolate milk, and anything else that wasn’t water. I laid out four goals for this adventure, and now that lent has ended I am happy to report on my success! 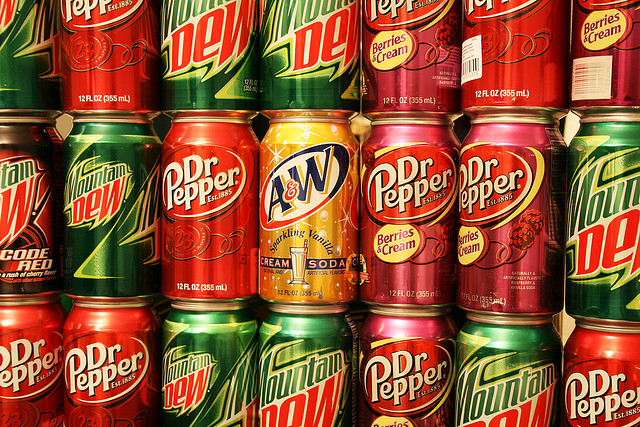 Here are the four goals I was hoping to achieve by drinking only water:

The goal is to give up something you love or enjoy, and every time you want it and choose not to have it, it reminds you of the sacrifice Jesus made for all of us.

In general I tried to keep this in mind, and I was successful at times. However, there are other times where I just avoided soda and juice because “that’s the rule”. I realize it’s a pretty insignificant sacrifice, but it did make me feel a little closer to God.

In the future, if I can think of a more spiritual Lenten sacrifice, I think I can improve in this area.

At the beginning of Lent I weighed 183 pounds. As a 5’11” male, that makes me just slightly overweight according to BMI. I know I have more muscle than a lot of people so I’m not worried about being “overweight” but I also knew I could stand to lose a few pounds.

I got on the scale yesterday and I weighed 174.5 pounds! Over the course of about 7 weeks I lost 8.5 pounds (which is basically 10). I’m now firmly in the healthy weight range for someone my height, and my pants are fitting a lot better.

On a side note, Tag gave up sweets for Lent and she also lost somewhere between 5-10 pounds. We are both going to look great for the wedding!

Of course I probably saved money on this whole exercise. It’s about $2-3 for a soda when you go out to eat, and $1-2 at a fast food place. One drink from the grocery store if you buy in bulk is anywhere from $0.25 to a dollar.

Let’s say I saved an average of $2.50 a day on drinks, which I think is about right. I occasionally get a drink from Starbucks which costs about $4, which sometimes I just drink some milk or cans of soda at home. If I saved $2.50 a day for 40 days, that means I saved $100.

Now that I can drink whatever I want again, I’m choosing to continue drinking a lot of water. I certainly don’t want to gain back those 10 pounds I lost, and I like saving a bit of money too.

From now on, I’ll drink whatever I want on Sundays, but be mindful to not have more than one non-water drink per day. I hope to go at least 3-4 days a week drinking only water, and reserve the sodas and juices for “special occasions”.

My goal is to drop another 4.5 pounds before the wedding and get married at a healthy weight of 170 pounds, and I’m going to keep drinking water to help me get there! Wish me luck.