When I was in high school and college, the topic of marijuana legalization was a popular one. And for a long time I disregarded the people arguing for legalization. I really didn’t even listen to their argument, because everyone I knew who would take the pro-marijuana stance was someone who used the stuff.

I always saw a conflict of interest and felt like that clouded their judgement.

Well I’m here to take the pro-legalization stance, and I want to point out that I’ve never used drugs in my life. I’ve never smoked anything and have never been drunk (although my girlfriend argues it has happened once). I hate the feeling of some foreign substance clouding my thought process. You could legalize every drug in the world and I wouldn’t use one of them.

So why do I think it should be legal?

The Government Doesn’t Own Our Bodies

I made it very clear that I don’t want to use any drugs. But I also don’t believe the government has any right to tell me what to do with my body, so long as I don’t hurt someone else. 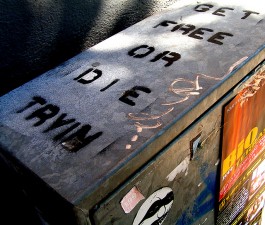 If the government can tell me that I’m not allowed in inhale smoke from a plant, then where does the government intrusion end? Can they tell me not to drink raw milk? (hint: yes)

Where does it stop? Dr. Pepper could make me fat. Cookies could help me contract type 2 diabetes. Candy could rot my teeth. Why aren’t these things illegal? Where oh where is the all-knowing and ever powerful government to save me from my own stupid self?

The government doesn’t own our bodies. We should have a right to make bad decisions when they only affect us.

My argument really ends there, but if you want more practical reasons then I have plenty of those for you as well.

It Will Save the Country Money

We can save money by legalizing marijuana because we wouldn’t have to pay for all these “criminals”. The US has more people in jail per capita than any other country in the world. 2/3rds of federal inmates are there on drug crimes. About 12% of all inmates (federal and state) are in jail on marijuana charges.

What if we didn’t have to pay the court costs for these offenses, or to build more jails to house these extra inmates? What if we didn’t have to use taxpayer money to pay for their food and clothing and everything else they get while in jail? What if we could hire less police officers and federal agents because there are less criminals to apprehend, or at least reassign them to more important tasks like stopping violent crimes?

We can also tax marijuana once it is legalized, just like we do alcohol and cigarettes. This will raise as much as $6.2 billion a year according to some economists.

It’s Already Easy to Get

41% of Americans admit to having smoked marijuana.

If anyone out there thinks the “war on drugs” has made drugs difficult to obtain, you live a very sheltered life. I have never even considered buying or using marijuana, and yet I know half a dozen people who could help me get some if I did want it. I bet I could have some within an hour after making a few phone calls.

If the goal of the drug war is to make drugs unavailable, it’s not working. If people already have access to the stuff, it makes no sense to keep pretending we can stop it by making it illegal.

If people don’t smoke marijuana today, I’m willing to bet it’s because they don’t want to; not because it’s illegal.

As a final note, I want to make it clear that people shouldn’t have the right to take a mind altering drug and then jump behind the wheel of a car. Marijuana should be legalized and treated like alcohol; no smoking and driving.

Readers: If you think marijuana should be legal, what’s your reasoning? If you believe the federal government has a right to make marijuana illegal, I’d love to know why.