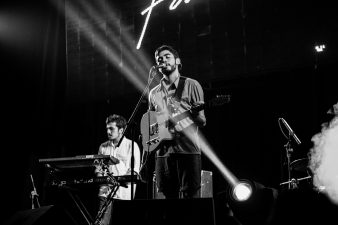 In college, I was part of a collective of artists who loved music. I had aspirations to become a music artist. However, at that time of my life, I only thought about creating the music, not about how I would make money from it. Art is all well and good, but even a museum has bills! If you are in the music industry and not concerned about money, then everyone else around you will be concerned about it.

It goes without saying that I never became a recording artist. I have made peace with that. Between my youth and advancing older age, I appreciate how hard it is to stand out as a music artist. It is not a dream that one should give up on, but one should understand what they are getting themselves into when they try to enter the music industry.

A business-minded friend of mine from my college artist collective days explained this to me in a way I never forgot. Record labels concentrate on the money, and too many artists concentrate solely on the art. The vinyl, plastic, metal screws and other materials used to make 8-tracks, LPs, cassettes, and CDs represents commodities owned and or controlled by record labels and business interests connected to the music industry.

“How do you get people to buy a piece of vinyl or plastic?” my friend said to me. He then said that music companies monetize music and entertainment to profit from these commodities. Then they can quantify sales. Meanwhile, not enough recording artists are concerned about getting lawyers, reading over contracts, and getting paid fairly. They only worry about delivering music.

We live in an era where younger demographics, prefer to listen to music via music streaming. Music streaming is kind of like a 21st-century version of 20th-century radio. Cloud-based, offline servers stream music playlists to computers and smart devices.

In the past, music artists were paid royalties based on percentages of the quantifiable unit sales of an LP, CD, or cassette. Today, they are paid micro-pennies per stream. For a basic example, a music artist might be paid 1/10th of a penny for one stream. Ten streams would be required just to make one penny.

As awful as that amount sounds, that may be a tragically good deal in today’s micro-penny royalty environment. There are instances of recording artists being paid just $300 for over 35 million listening streams. This isn’t an aberration. It’s the new normal and has been since the rise of music streaming services in 2003.

In early January 2018, the U.S. Copyright Royalty Board ruled that streaming services must increase artists royalties by 44%. Spotify and other major music streaming services are currently appealing this ruling. Even if the ruling stands, the amount of money that music artists will receive from streaming won’t increase in an appreciable manner.

The average musician makes about $20 an hour if they have gigs. If you are an aspiring musician, you just can’t expect to make a fortune based on music streaming royalties. Not now anyway. Unless you have a packed touring itinerary, you may want to hold on to your day job until your music career takes off.

Money Selfie: What Is Net Worth and How Do I Boost It?

Ways to Make Money in One Month or Faster