Phased Retirement Challenges You Should Be Aware Of 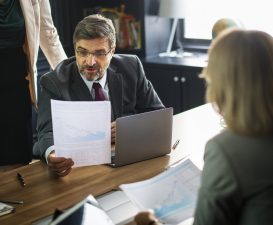 I have a friend who is being forced into phased retirement – which is kind of a slow-motion retirement. He has reduced working hours and pay. Although he may be able to draw a portion of his retirement funds early, he is quite depressed about it. For one thing, he feels he has more worth as an employee since he wasn’t fired or made to fully retire.

What really has him down is the fact that he has to stick around to train his eventual replacements. About 10,000 Americans retire almost every day. Unfortunately, there just aren’t enough younger, skilled laborers to replace the loss of skilled labor. A Georgetown University study from 2013 predicted that there would be about 55 million jobs openings by 2020.

Over 31 million of those jobs will be available because of an aging workforce voluntarily or involuntarily retiring. What’s more, the study found that it won’t be easy to fill about 5 million of these jobs. That’s because of a growing demographic of unskilled, inexperienced, and young workers, which creates a catch-22-like situation for businesses.

They may want to retire some aging employees for their age, but they need the skill wealth of decades of experience and know-how to train the unskilled workers who will replace them. My friend just doesn’t feel ready to retire and doesn’t have enough money saved. People in phased retirement usually worry about how they will make ends meet.

What Is Phased Retirement?

Businesses are now slowing transitioning aged employees into full-time retirement. Such employees may become part-time employees or experience reduced work hours. Employers may depend on older workers to mentor and train new employees, or, their de facto replacements. This is the most basic definition of phased retirement.

The average retirement age ranges between 60 and 63. Most Americans don’t enjoy retirement. Also, over a third of Americans over the age of 58 have nothing saved for retirement. Zero. Some people just can’t afford to retire. Phased retirement may just feel like a delaying of the inevitable for some.

The average person lives to be 80, although people live much longer now. For many people, like my friend, retirement is just not an option. The average 65-year old to 75-year old makes about $19,000 a year. Elderly people make up a significant portion of the American workforce. Also, even with government subsidized health care, many retirees live on fixed incomes.

If you know anyone experiencing phased retirement, offer them some of the advice I offered my friend. Network with people at your employment and other places if possible. For the time being, your employers need you more than you need them, relatively speaking. See if you can leverage your experience into a new position. Save every cent you have and open a retirement account if you don’t have one.

Look for any job that fits your experience. Try to hire yourself out as a consultant to potential employers. Do everything you can to make the situation work for you. Don’t just wait for phased retirement to become full, involuntary retirement.

What do you think about phased retirement? Share your thoughts in the comments below.

Spread the love
By Allen Francis|March 13th, 2019|Categories: Personal Finance Tips|Tags: Retirement|Comments Off on Phased Retirement Challenges You Should Be Aware Of