For those of you who are new to this series, I am racing The Hoff to $1 million in net worth. He started the year beating me by about $28k but last month was a great month for me. It was like The Hoff was Charlie Sheen and I was the Detroit audience; he was awful and I was just there to experience it.

I had a below average month and he had a miserable one. The point was, I caught up to pull to within just over $20k of him. I was feeling pretty good. That is, until I started to write this article. Here’s the update for this month: 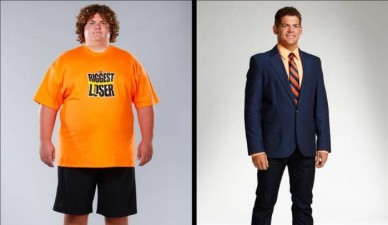 I'm like the biggest loser, but not in the exciting losing weight kind. I'm just a loser.

You’re probably thinking something along the lines of, “Who the crap is this guy and how did his net worth go up almost $9,000 in a month where the stock market was essentially flat? I’ve been following his stock picks on Mondays, and his portfolio isn’t even beating the market! He must be dealing drugs.” Well at least that’s what I’m thinking.

March is typically a good month for both of us for two reasons: our 6% company 401k match for all of 2010 investments is deposited into our accounts in March, and we both got tax refunds. Our 401k match was about the same (his was a little bigger) but the big difference was the tax refund. Mine was $84. His was $4,500.

The Hoff pulled in a lot more money than I did last month. It was also a bad accounting month for me. I paid both my March and April rent in the month of March, so it’s like I paid rent twice. I also lost well over $1,000 in the market thanks to some unfortunate weather events (although I can’t really complain about a small hit to my portfolio compared to what happened to the people in Japan).

The point is, I still have a lot of catching up to do if I’m going to start making some serious ground. I am accepting donations if anyone wants to support a horrible cause. I do always love to hear your suggestions, so let me know how you think I can gain some ground. Is it time to start monetizing this blog?

P.S. Before you go, make sure to check out this week’s episode of the Kevin McKee show. There is a lot of good stuff in there about government budgets and financial literacy and my hair.