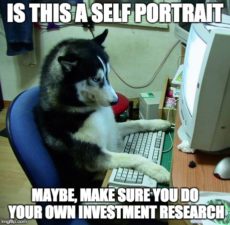 While less than a year is far too little time to judge the success of an investing strategy, I like to look in on my investments at least on an annual basis.  This also presents a good time to check in on the stocks that we’ve profiled on Thousandaire.  All of these are compared to the Russel 2000, an index of the largest 2000 publicly traded companies, the more common comparison is the S&P 500 which only includes the 500 largest companies.  Small stocks have done better than large ones over the last 6 months so this represents a higher bar than the S&P 500, but it is hopefully a more accurate comparison because many of the profiled stocks are very small indeed.  The stocks I’ve looked at are usually microcap or nanocap stocks and are much riskier than other giant stocks like GE.

When I first profiled Sitestar, a dying dial-up internet company which became a real-estate play, on this site it was trading for 5.86 cents per share, the definition of a penny stock.  I had open limit orders at levels between 4.5 cents and 5 cents per share, alas my limit orders never got hit, as the stock quickly went to roughly 9 cents per share and stayed around there for the last 6 months.  My hubris here was hoping that I’d be able to obtain shares at a price obviously below the true value of the business (the cost of its real-estate).  Hopefully some of you were able to get an order filled nearer the fair value of the business rather than aiming for the minimum value.  Sitestar currently trades at 8.4 cents per share, and is extremely illiquid.  Considering that insiders just sold themselves 80 million shares (doubling the number of shares outstanding).  This concerns me, insiders just bought half the company at half price.  This money was used to invest in an asset management fund.  Interestingly this fund will be run by the fellow who writes over at otcadventures.com.  It isn’t clear what the fee structure with this new hedge fund will be.  At this point, it’s quite difficult to justify 8.6 cents per share for roughly a 5 cent per share investment in a fancy new hedge fund. If you currently own Sitestar, I’d probably hold on for now.  I’ve found that avoiding activity mostly means avoiding selling, so unless I had good reason to believe that Sitestar was going to be worth zero I’d sit on it.  That being said, I currently have no plan on buying until or unless I can get in below book value.

When I wrote up Advant-e Corporation, a provider of electronic data interchange systems to grocery stores and healthcare related companies, it was trading for $4 per share.  The company has not yet released any new financial statements, however the share price has climbed to $4.90.  While this looks like a significant increase, the stock is quite illiquid, and can often change by as much as 25% in a day.  In my estimate the company is probably worth $5.40 per share, but there are very significant risks because the company is tiny, illiquid, and does not report to the SEC. They will probably announce a 0.20 cent per share dividend for 2017 somewhere between January and March of next year.

Fortune Industries provides subcontracted HR services to small and medium businesses.  There was pretty good news here for holders.  The company was bought out for $0.586 per share in August.  If you were able to pick up shares at 29 cents per share the article ran you came out significantly ahead.  If you bought shares before management snatched most of the company you didn’t do quite as well.  Unfortunately it’s no longer possible to invest in this one.  This is another one that my limit orders turned out to be too low to pick up, oh well. (The relative number matches the absolute number because the russel was basically flat over the holding period, most of the run in the Russel 2000 has been relatively recent).

This was one of the largest companies that I’ve profiled on Thousandaire.  The results have not been quite as good as some of the smaller companies, but the thesis was quite straightforward.  The company is worth $8.50 per share just on the basis of its cash, inventory and receivables. When I first profiled it the company was trading for $5.97, and today it trades for $6.21 (and you got to earn $0.12 worth of dividends along the way).  In my view Richardson Electronics is still undervalued, and it is still slowly liquidating with a $0.06 per share quarterly dividend.

This security isn’t a stock, and it is probably best explained by reading my original article here: XIV. Basically, when the market isn’t volatile XIV gains value.  When the market goes up XIV gains value.  When the market goes down or becomes more volatile the XIV goes down a lot.  In principle the XIV should increase in value over time.  I suspect it will increase in value faster than the broader market on average, unfortunately it will probably lose 95% of its value at some point in the future.  I have 1% of my portfolio in XIV and I wouldn’t buy more than that.  If it gets above 5% of my portfolio I break my rule to never sell and sell some.  If you picked it up the day the article ran at $36.64 you are up somewhat.  (There is no relative comparison because it would disingenuous, implying that the risk in XIV is similar to the Russel 2000, that isn’t true in any of these cases, but it is very not true with XIV, XIV is much more volatile.)

If you include the dividend between when the article on Outerwall ran and when the buyout was successfully completed you got a 1.5% gain.  This doesn’t sound like much but it helps that it was over such a short time period, as that makes your annualized return (the return you would earn if you reinvested your proceeds in an identical deal all year) much higher. I call this one a win.

I profiled Good Times Restaurants earlier this month.  My somewhat tepid conclusion is that it might be a little undervalued.  I’m long Good Times (that means I profit if the stock goes up).  I tried Bad Daddy’s Burger Bar the other day and found everything to be more or less pleasant.  The folks I’ve talked to either like it or don’t really care one way or another.  Not exactly a full throated endorsement, but at this point I’m really only trying to make sure that it isn’t terrible given the operating results of the company.  If you purchased when the article on Good Times was originally released you’re down a nickle (the current price of $3.05 versus the previous price of $3.10).  In my view it still probably represents a good deal.  (The movement of this one has largely matched the decline in the Russel 2000).

I missed a few good deals this year by being conservative with my limit orders, but what can you do.  If you had invested in each of these companies upon the publication of the article you would have made an average of 30%.  If someone tells you something like that your bullshit shields should go up immediately.  This is atypical of my investment performance and is probably due to luck.  If you invested only in companies that I invested in (as stated in my disclosures at the bottom of each article) you would have averaged only a 12% gain.  What is more important as a judge is the relative performance of these ideas.  I compare with the Russel 2000 because it includes small stocks as well as large and is, hopefully, more representative of the risk of these ideas than the S&P 500.  If you invested in each of the ideas your average return was 22 percentage points higher than the Russel 2000.  If you invested only in the ideas that I was invested in your average return was 1 percentage point higher than the Russel 2000.  This is easily within statistical variance, and is clearly does not imply any statistically significant stockpicking skill.   More time is needed to identify any outperformance of the market.

I am not an investment advisor.  I do not give investment advice, everyones investment situation is different. I am long (meaning that I profit when the stock goes up) ADVC, RELL, XIV, and GTIM. I wrote this article myself, and it expresses my own opinions. This is not a investment recommendation. I am not receiving compensation for it (other than from the owner of the blog District Media Corp). I have no business relationship with any company whose stock is mentioned in this article.  Always do your own research before making any trade, buying or selling any stock mentioned. (By this I mean do a ton of your own research, never buy anything you don’t understand.)

Spread the love
By Adam Woods|December 30th, 2016|Categories: Blog|Comments Off on Thousandaire Investment Performance in Review