I drank (almost) nothing but water for the entire month of January!

I embarked upon an epic journey to spend a month drinking nothing but water. More than anything, I just wanted to see how incredible my body would feel by removing chocolate milk and soda from my dietary equation. I was also hoping for an awesome side effect like super strength or the ability to fly. 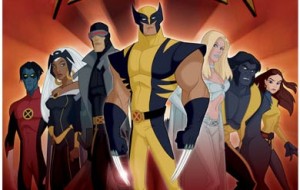 I'm basically all of these people rolled up into one. I'm that cool.

It turns out I didn’t get either of those abilities, but I did get four other superpowers from drinking only water!

I don’t want to give up my superpowers, but I also don’t want to give up tasty drinks forever either. I’ve decided on the following compromise: I will drink only water for six days a week, and drink anything I want on the seventh. During those six days, I get to cheat once (which will probably be used for a Jamba Juice).

This way I hopefully keep all the superpowers and get a little extra flavor in my life once or twice a week.

I really enjoyed this monthly challenge, so I’m going to try to do a different challenge every month. February is going to be the “Brighter Smile Challenge”. There are two things about my smile that I need to change, and what better way to make a change than challenge myself!?

I’ve bought Crest Whitestrips two or three times, but have never committed to doing all the strips on consecutive days. I will do a full treatment of Crest Whitestrips this month. To make it more challenging, I’ll also challenge myself to floss every day (which I do just about never as of today). Let’s see if I can have a movie-star smile come March! Hopefully I will save money by decreasing future dentist bills, and will retroactively save money by not wasting the whitestrips I’ve already paid for.

This post was featured in the Festival of Frugality.