What Is The Mega Backdoor Roth? 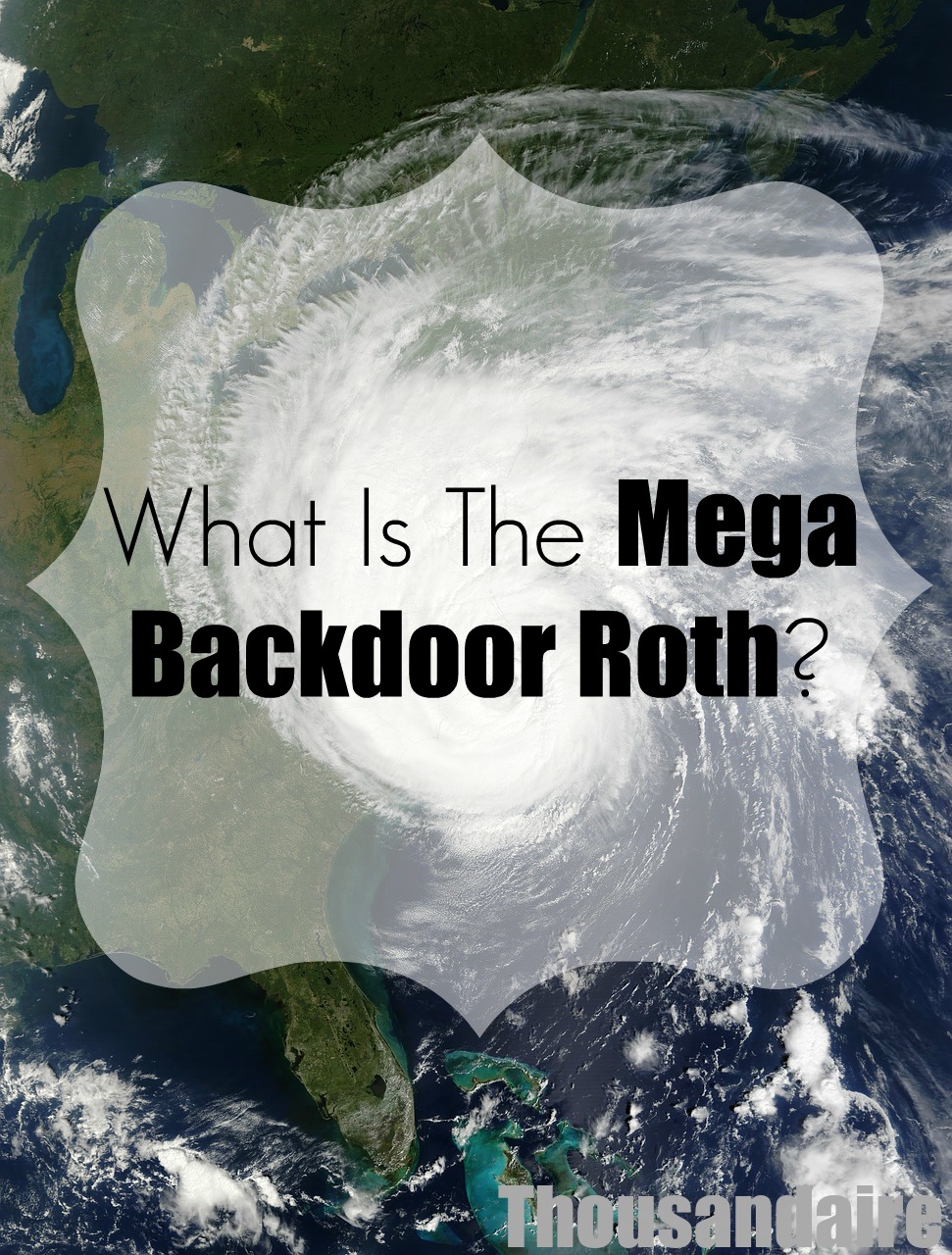 The perfect storm, everything has to be just right in order for a storm to be called that. Some financial programs are amazing if you qualify for them. They sound amazing, the tax breaks, the money you make on them, but there is so much that goes in to being able to take advantage of them. The mega backdoor Roth is one of those programs. The “perfect storm” of saving money.

What Is A Roth And A Backdoor Roth?

A Roth plan allows you to pay taxes on money then save that money for retirement. The reason it’s a good idea to have one is that when you retire and take the money out all the gains are tax-free.

Now, some make too much to contribute to a Roth IRA and so they have to do what’s called a backdoor Roth. This is where you invest in a Traditional IRA (taxed) and convert it over to the Roth IRA.

What Is The Mega Backdoor Roth?

The tax law allows for a backdoor Roth conversion, but now they also allow for what’s called the mega backdoor Roth. Why is it called that? Well instead of being able to contribute $5,500 a year this will allow more, a lot more.

Before you start trying to get this done, you should realize that very few people have access to this. You have to have the “perfect storm” of a financial situation. First, you have to be a high-income earner, so much so that you don’t qualify to invest in a Roth IRA without a backdoor conversion.

Third, you also have to be contributing the maximum allowed. If you aren’t already contributing the $18,000 a year, then focus on that first and if you have money left then you can start working on other types of investments.

How The Mega Backdoor Roth Works

Once you’ve met the requirements then you need to make your after-tax contribution to the traditional IRA. After that do an in-service transfer to your Roth IRA. That’s it you’re done.

The process of the Mega Backdoor Roth sounds very simple, but actually being able to do it is difficult. First saving $53,000 in a year isn’t easy, even if you’re a high-income earner. Second, as mentioned before many employers don’t allow it.

So yes this “perfect storm” can save you a ton of money, but only if you can actually get it.

Spread the love
By Tyler Philbrook|July 17th, 2017|Categories: Blog|Comments Off on What Is The Mega Backdoor Roth?