Saving money is at the top of the list for most everyone. But with all the bills that need to be paid, it can feel impossible to save anything even just a dollar. With the 52-week money challenge it can be easier than ever before.

The traditional challenge consists of you starting in January and saving $1 week one. The second week you save $2, third $3 and so on until the final week where you save $52. This works because it helps you start a saving habit, and do so slowly. We can all save a dollar, we could go outside and probably find a dollar if we look long enough so starting with that small amount seems easy.

As time goes on it gets more and more difficult, though only by another dollar so it doesn’t seem so bad. If you get behind and try to catch up that’s when the problems start and you feel overwhelmed and give up.

A different way to go about it is the modified 52 week money challenge. Instead of having to save by $1 a week you save what you can every week. So, for instance, say week 1 you have an extra $40, then you put that in the savings and mark off week 40. Then week 2 you only have $5 to put in, that’s fine you simply cross off week 5.

Especially with the holidays near the end of the year, it makes sense for you to try to make the largest payments during the first part of the year rather than the last.

Where Does The Money Come From?

As was mentioned already finding a dollar is an easy task. However eventually you get to $52 in a week making it several hundred dollars in a month. Most of us feel if we had that kind of money to save we wouldn’t need a saving challenge like this.

Another way is to make more money. You can ask for a raise at work but that will only do so much. Instead, it’s better to start a side hustle to make that money. Even if you just drive for Lyft or Uber you can make that extra money. Starting a side hustle takes the sacrifice of time and energy. You will have less time to spend with friends and family and when you’re around them you will have less energy than normal. Expect it, but once you see the savings increasing it may all be worth it. 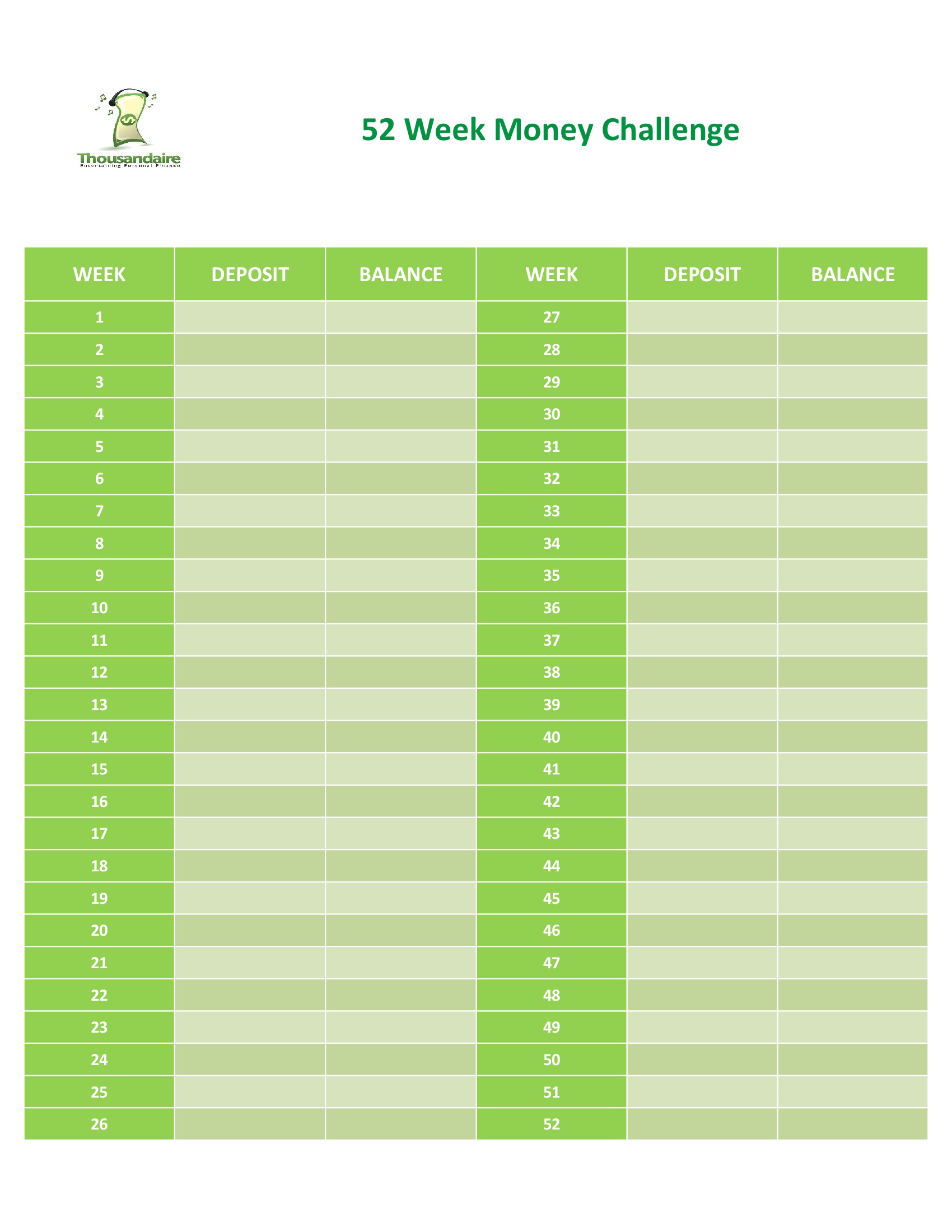 You can also see a similar money challenge here.