You Really Can Spend Money to Save Money

I decided to sell the XBOX 360 to my friend (who has an interesting random thoughts blog) because he said, “It will save me money.”

He’s spending $200 on a video game system, and will certainly spend more money in the future on buying or renting games to play said system. How could that possibly save money?

You Can Spend Money to Save Money 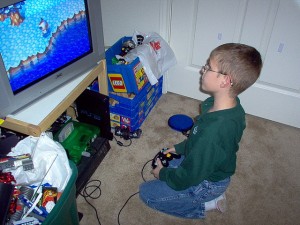 Before he had an XBOX, he was dropping a bunch of cash essentially every Friday and Saturday at the local nightly entertainment establishments, not to mention cab fare to get home and anything else you might spend money on when you aren’t in a 100% coherent state of mind.

Let’s pretend he spends $50 every night out (drinks, tips, and cabs are expensive). All it takes is two weekends of playing XBOX to get his $200 investment back. Then every other night he stays in with the XBOX, he starts turning a profit. Let’s pretend he stays in one night a week for a year because of the XBOX. That’s $2,600 in savings.

We Are Always Doing Something

I can hear it now. “He’s not really saving money. He shouldn’t go out or buy the video games; then he’ll really save money.” OK, then what do you propose he do?

He could watch TV. Except, TVs cost money to buy and cable costs money every month. And we all know that you don’t need cable anyway. An XBOX is much cheaper than a year of cable.

He could pick up a hobby like brewing homemade beer or collecting comic books or covering his body in temporary tattoos. However, all of these things require supplies that cost money. Even a simple hobby like walking or playing a gruesome game of bridge with your grandma and her friends require initial investments in shoes and a deck of cards, respectively. Plus the money it costs to get to wherever you need to go for those things.

The fact is, we are always spending money. We can’t avoid it. The key is to spend that money on things that bring you the most happiness.

If you can trade going to a bar for playing video games and still be happy, you’re doing a great job of spending money to save money.