Your Dreams Deserve Better Than “Tomorrow”

In case you hadn’t heard, the world is ending tomorrow.

Yep, it’s in the bible. Some crazy old white dude figured it out. I blame the translators. You know that part in the Bible about the end of the world that says:

“But concerning that day or that hour, no one knows, not even the angels in heaven, nor the Son, but only the Father.”

Apparently it wasn’t supposed to say “the Father” but rather “Harold Camping“. Come on translator dudes, you weren’t even close!

In all seriousness, this guy is a lunatic and I’d bet my entire net worth that nobody is getting raptured tomorrow. In fact, I’m in the same boat with most of his employees. Poor guy; he can’t even pay people to believe his craziness.

He’s obviously insane, but let’s play along for just a minute. If the world was truly going to end tomorrow, that means you only have one day left to spend money. If you’ve been saving up money your whole life, waiting to truly enjoy your time on Earth for retirement; well then you will have lost the game of life my friend.

You won’t have time to take that trip to New Zealand that you’ve always been planning. Or maybe  buying a house and living the “American Dream” will never happen. Maybe you’ve always wanted to buy your spouse/significant other/parent/child/dog the perfect gift, but have always put it off until a time when you had more money.

If the world ends tomorrow, you’ll never have a chance to do any of that stuff.

If you have always wanted to do something, then DO IT. If you keep putting it off until tomorrow, then tomorrow easily becomes never. The entire world isn’t going to end tomorrow, but there’s a very small possibility that your personal world might. Let’s face it, we all go sometime. 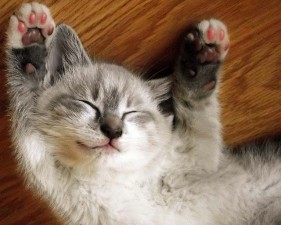 Now if you read the header above, I put “tomorrow” in quotes. I did that for a reason. I don’t suggest you go out and blow your savings on a vacation or car or life-size marble statue of yourself that you can’t afford.

If there is something that you’ve always wanted to buy but could never afford it, then find a way to do it in the near future and pay for it responsibly. You might not be able to buy your dream tomorrow, but you can definitely start planning to buy it today.

Disregard any thought that you’ll never be able to afford your dream, and once you recognize it as a realistic opportunity then you can start planning for it. I’m going to pretend your dream is an international vacation, and I’ll walk you through how to make it a reality. It’s really just a three step process.

1. Figure Out How Much Your Dream Costs

If you don’t know how much it costs, then how could you possibly know you can’t afford it? It seems like it would be expensive to fly across the world, but flights are a lot cheaper than you would think if you look hard enough.

If you want to avoid paying for plane tickets entirely, you could sign up for a new credit card that offers a boatload of frequent flyer miles. I’ve seen offers for as much as two round-trip tickets to Europe just for signing up for a card with a $95 annual fee. Could you afford $95 for two plane tickets to Europe? You bet your sweet aspartame filled Diet Coke you can!

You’ll also need to find out where you are staying. Do some research and find cheap places. I spent five weeks in hostels in Europe, and they are generally pretty nice. You could even try couch surfing so you won’t pay a dime for lodging. You have to be honest with yourself and determine if it is really your dream to sleep on strangers couches, but if you don’t mind, it’s a great way to go.

If you are fine with couch surfing and can get a free airline ticket with a credit card offer, you could theoretically have your flight and lodging for an international vacation for under $100. That’s almost cheaper than a night out at the movies with a family of four.

I encourage you to be creative in finding ways to save money, but don’t sacrifice so much that it is no longer your dream vacation.

2. Figure Out How to Pay For Your Dream

Now that you know what it will cost, figure out how to pay for it. You may already have the money. If not, there are plenty of ways to get more money without breaking your budget. Again, the key here is to do this responsibly and not risk your financial well-being.

You can make or save extra money by:

I could go on. Not all of these are necessarily good or legal ways to get extra money, so I recommend you only pick the ones that will work for you. The point is, if you think you can’t make extra money then you aren’t thinking hard enough.

Once you know what it costs and have figured out a way to save money for it, just make it happen. Get your passport, call your credit card companies and let them know you’ll be out of the country, sign up on couch surfing, or do whatever else you need to do to prepare. Your dreams are truly closer than you think.

It might take some hard work and some great planning, but that’s a whole lot better than waiting until it’s too late. Whether it’s the end of the world or just your last day on Earth, make sure that day doesn’t come with regrets. Your dreams deserve better than “tomorrow”.

Oh, and I almost forgot! Thanks go Harold Camping, I think it’s important to have this song stuck in the your head for the rest of the day.