10 Reasons You Should Follow Me Instead of Charlie Sheen

Charlie Sheen is on Twitter, and over a million suckers are following him.

If you haven’t been caught up in the train wreck that is Charlie Sheen, then congratulations. Unfortunately, I read the news and I can’t help but hear about this lunatic. Did you know he set a world record for “fastest person to 1 million followers” after he reached a million in 25 hours and 17 minutes? Do you know how embarrassed I am to admit I know that?

Why would anyone want to follow this loser? Sure, Money Talks was fantastic, but that was Chris Tucker screaming like a girl and Heather Locklear being the most gorgeous woman on the planet; Charlie Sheen was just along for the ride, and that was 14 years ago. Two and a Half Men? I don’t even have cable, so my only options are network TV and I still don’t even watch that crap.

If you gave into the mass hysteria, it’s okay. You can remedy the situation. It just takes two steps. Unfollow Charlie Sheen immediately and follow me. Why? I’ll tell you. 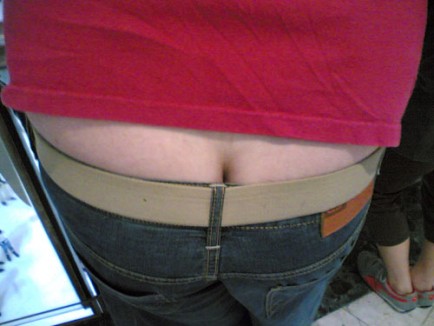 Hazardous to your health? Absolutely. But at least it's legal.

10. The only “crack” I’ve even seen was when my maintenance guy showed up to fix a leak. This is admittedly equally hazardous to your health as Charlie Sheen’s crack, but way less illegal.

9. Charlie Sheen claims he has #tigersblood like it’s something special. Newsflash Charlie: anyone with $9.80 can have Tiger’s Blood. You’re not special. That’s two reasons so far. I guess that means I’m bi-winning?

5. He is no more than the third best actor in his family. Martin Sheen is obviously number one, and Emilio Estevez in Mighty Ducks is way better than any Charlie Sheen movie. And for you Charlie Sheen fans, I LOVE stocks but Wall Street was boring. And sorry, but I haven’t seen Platoon (I was born in 1985 you know). In my immediate family, I’m unquestionably the best male actor. Hey Charlie, I’m #winning again. 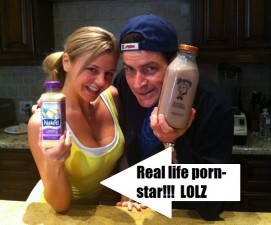 3. My tweets are simply better. A kevin_is_money classic: “Why is it that the fatter someone is, the more ambiguous their gender becomes to the average onlooker?” Still waiting for an answer on this one.

1. Charlie Sheen is literally too dumb to remember a stage name! They have to name all of his characters “Charlie”. Two and a Half Men = Charlie Harper. Spin City = Charlie Crawford. All Dogs Go To Heaven 2 = Charlie Barkin. Seriously?

In the spirit of full disclosure, I have nothing against Charlie Sheen. I just saw an opportunity to write a funny post and take advantage of the massive Google searching on “Charlie Sheen”.

I think his previous actions are deplorable, and I think his current actions are phenomenal. He says that he just decided to stop taking drugs, and has apparently stopped. He believes that if you want to change your life, you can change it and change it now. That’s a great lesson, and I really hope he stays clean and proves to the world it is possible to change your life immediately.

So I’m going to take the silver lining out of this whole bad situation and think of a way to change my life for the better, and do it now. How are you going to change your life?