A Tax Refund is an Interest Free Loan to Uncle Sam

Some people love their tax returns. They feel like they are getting a bunch of free money from the government. Unfortunately it’s not free money; it’s your money! And if you’re getting a big tax return, that means you’ve been missing out on your money for as much as 16 months.

This is especially harmful for people who are living paycheck to paycheck. I’ve known people who have been slammed with huge late fees and interest payments because they didn’t have enough money, and then they get a $3,000 refund check the next year.

If you’re getting a $3,000 refund, that means you could have had about $250 of extra income every month last year. Instead you let Uncle Sam hold onto it.

Your goal should be to get the smallest refund possible. That way you get to spend your money as soon as you make it instead of letting the government hold onto it. 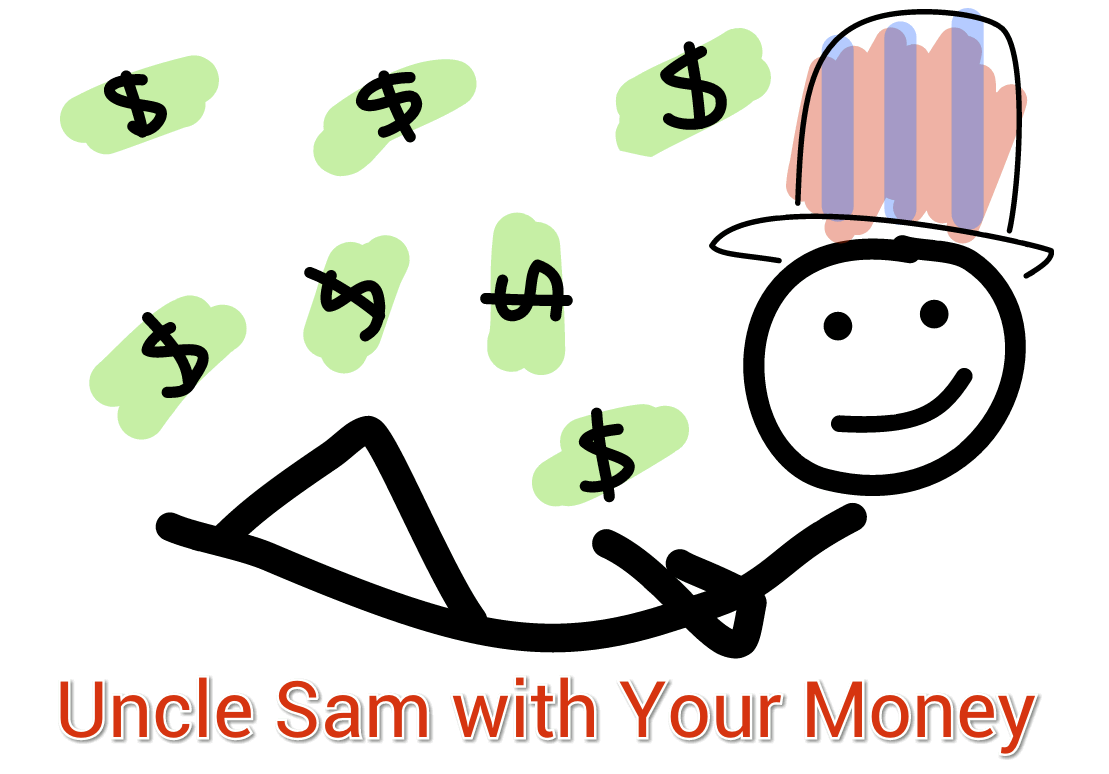 Full Disclosure: I got a $1,000 refund this year, which was poor planning on my part. Last year I got an $84 refund; that was pretty awesome!

Here are the rest of the topics I’ll be covering today for Whatever Wednesday. If you want to be a part of next week’s post, make sure to follow me on twitter or facebook and tell me what to do. 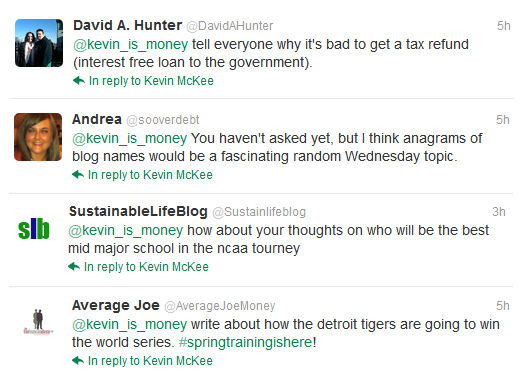 I found a lot of personal finance anagrams, but none better than my buddy at Punch Debt in the Face.

Other good anagrams of great personal finance sites include:

Jeff asked me to talk about a mid major basketball program that is going to do well in the NCAA tournament. I don’t follow much college basketball aside from the Missouri Tigers, but I do have a prediction. The biggest mid-major win in the conference this year is going to be some mid-major team upsetting the Kansas Jayhawks. It happens almost every year.

As soon as the brackets are set, look for a mid-major team that will play KU in the 2nd or 3rd round and pick ’em. Oh, and pick Mizzou to win the national championship.

Speaking of World Series championships, I seem to remember St. Louis winning the World Series last year as well. I believe that gives them 11 World Series titles; the most in the National League and second most in the history of Major League Baseball. If you’re going to Vegas and want to place a bet on a team to win the World Series, I recommend St. Louis. Just remember that I’m a blind homer and really don’t know much about baseball.