Sometimes I feel like something is so stupid and so wasteful, I just have to sing about it. I know that sounds strange and slightly feminine, but that’s how I felt when I read a certain news article last week. I don’t want to ruin the surprise, so check out my newest music video below and then I’ll tell you more:

An Adult Baby is Spending Your Tax Dollars

The news article that inspired me to record this music video was published last week at the Washington Post. It tells the story of Stanley Thornton and how one senator questioned why he is receiving SSI (social security benefits) for being “disabled”.

Here are some facts about Stanley:

If you want to watch to full National Geographic story on Stanley, you can watch the full video here.

While Stanley’s lifestyle choice is disappointing to me, he has the right to live as he chooses. He’s obviously not a productive member of society, but he’s not hurting anyone or doing anything illegal, so I frown upon but acknowledge his right to dress and act like a baby in his free time. At least he’s not Lindsey Lohan.

What really grinds my gears is that my tax dollars are funding his “disability”. Stanley had a tough childhood according to his personal bio, and I’m sorry that he suffered through that situation. However, he has clearly demonstrated the ability to function as a normal member of society

He can hold a steady job. He has basic skills such as carpentry and website management that could be applied to the workforce. He has the mental capacity to understand that acting like a baby as an adult is not normal. He is a healthy, functioning human being who just happens to enjoy acting like a baby.

What kind of message are we sending to society when our government will pay someone to be so lazy that they act like an infant or toddler? The government is paying this man to play Legos, take naps, drink from bottles, and read picture books when he could be spending that time earning his own living and paying taxes.

It’s the Principle of the Matter

We all know that with a $14.2 trillion dollar national debt, the little money Stanley and his nurse are getting is miniscule. The issue is not the amount, but  that there are probably a lot more cases where people are getting paid to be lazy.

Laziness is not a disease, but it can spread like one if the government decides to pay people for it. 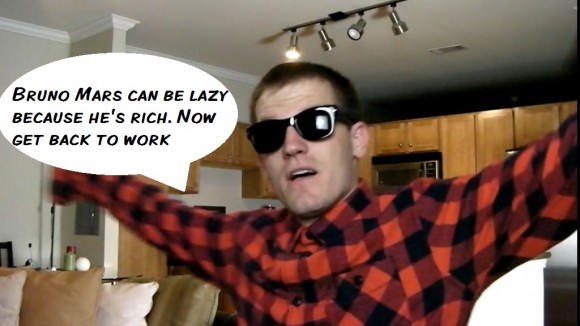