Anyone Receiving Government Assistance Should be Drug Tested

The governor of Florida has signed a new law that will require anyone receiving welfare to pass a drug test before he or she can receive benefits.

While I am completely forbidden from saying anything nice about the state of Florida until the Mavericks have disposed of the Heat and won the NBA Championship, I have to make an exception here.

To be honest, I’m surprised this wasn’t a law in the first place. Why don’t all states have the same law?

If You Want Benefits, Get Tested

Now watch this CNN news anchor, T.J. Holmes, suggest over and over again that testing someone for drugs is the same as accusing them of using drugs. If you don’t want to watch the video, here is a quote from the “unbiased” news anchor.

“…You just said that you don’t know… if welfare recipients are using drugs. So if you don’t know, why treat them like you suspect that they are?“

Testing someone for drugs doesn’t mean you suspect they are taking drugs. It means you are making sure they don’t. This isn’t rocket science people.

Some people, such as Florida representative Alcee Hastings, will argue that this law infringes on people’s right to privacy.

Governor Scott’s new drug testing law is not only an affront to families in need and detrimental to our nation’s ongoing economic recovery, it is downright unconstitutional.

Where in the constitution does it say people have a right to a welfare check? The answer is nowhere. And no, “…promote the general welfare…” from the preamble has nothing to do with the welfare system created by the Roosevelt administration in the Great Depression. Sorry.

If you don’t want to pee in a cup, don’t apply for welfare. Easy peasy. 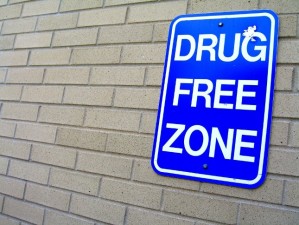 If you believe this report, 21 percent of welfare recipients use illegal drugs. Now remember that for every dollar the government gives to one person, that is a dollar they cannot give to another person. Do you think the economy would improve if we stopped funneling 21% of welfare dollars into the pockets of illegal drug dealers, and instead spent that money on food and other necessities?

You bet your patootie it would!

Then Ms. Hastings takes her argument one step further:

If Governor Scott wants to drug test recipients of TANF benefits, where does he draw the line? Are families receiving Medicaid, state emergency relief, or educational grants and loans next?

Ms. Hastings was being facetious, but I can only hope those programs are next. Remember that every tax dollar spent on a drug abuser is a dollar that could have been spent on a law abiding, non self-destructive citizen.

I would love to see a fine, upstanding citizen get a hospital bed with Medicaid money instead of some coke-head.

When homes are destroyed by hurricanes or tornadoes, it would make me giddy to see law abiding citizens get back in their homes before the doped up losers.

Would you rather your tax dollars pay for Tommy Tokesalot to go to college and show up to class high as a kite, or would you prefer to fund Steven Studieshard, who will be studying and/or having perfectly legal fun on nights and weekends?

Now imagine if people who want government assistance knew that they had to be sober to get it. Do you think that would result in some people getting off drugs? You’re damn right it would!

If we made drug testing mandatory for all government aid, we would certainly see a decrease in drug abuse and an increase in taxpayer dollars being used on deserving citizens. And all the drug testing can be paid for out of the money saved from denying benefits to druggies.

More efficient use of tax dollars and less drug abuse. What more could you want? Feel free to write your congressman and tell him or her to stop spending tax dollars on druggies.