Emerging Markets are Safer than US Savings Bonds

If you believe conventional wisdom (the same “wisdom” that didn’t predict the housing bubble bursting or the Great Recession) then some of the safest places to put your money are savings accounts, US Savings Bonds, CD, Treasury Bills or Treasury Bonds.

If America is solvent then these investments are exceptionally safe. But what if you’re worried about America’s solvency?

These are the worst places to put your money in my opinion. Your reward potential is very low (0-5% gains not adjusted for inflation) because they are deemed as “safe” investments, but your risk is extraordinarily high due to the unstable US government and economy.

American stocks aren’t much better. Of course stock prices are going to rise during a period of hyperinflation, but they aren’t going to keep up with inflation. The hyperinflation will mean American consumers can’t afford higher prices, companies can’t sell their goods and services and it’s a huge mess.

My idea of “safe” investments are stocks in emerging markets.

America has a massive trade deficit right now. We borrow money from China to pay for our imports because we don’t produce enough things here in America. Now imagine China (and everyone else) stops lending us money because our debt is too high and we are too risky of an investment. 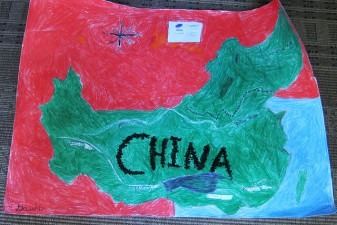 Now we don’t have the money to import the goods that we want/need, and we don’t produce enough things here in America to meet the demand. That means we have a lot of people and not a lot of stuff for those people. That’s not good. We all know that real wealth is not dollars or euros or yen; it’s stuff that people want or need.

Now let’s look at a country like China. Let’s pretend America doesn’t have any money and can’t import Chinese goods. It sucks to some extent for China, but that just means Chinese companies will have to sell their stuff to Chinese citizens. And since all the stuff that used to be exported is now being sold in China, they will actually have a surplus of goods which will make prices go down.

Invest in Companies Based in Countries With Trade Surpluses

What’s more valuable: a company that went out of business because they couldn’t get raw materials or a company with warehouses full of goods that will be sold, albeit at lower prices than anticipated?

It’s also smart to avoid companies that offer services instead of raw materials. Some companies offer Storage Container Repairs in Port Container Services, but that company is going to have a hard time doing business when people are no longer shipping goods across the ocean.

So elsewhere in the world there are more creditors than debtors, and there is pent-up demand and excess production. In the future, these economies will see a surge in demand, while ours will see demand fall.

You want to be invested in businesses whose customers will be richer in the future. That is, you want to be investing today where people are saving and producing, so that tomorrow, when they’re ready to spend, you’re getting some of that money.

It makes so much sense it’s hard to believe this is the “crazy logic” and buying US treasury bonds is the “safe bet”.

How Do I Buy Dividend Paying Stocks in Emerging Market Countries?

I’ve done a little research and I’ve found a few ETFs that seem to do a good job of diversifying investments in a broad range of countries. My favorite is the Asia/Pacific Dividend 30 Index Fund (DVYA) which does a darn good job of following Peter Schiff’s advice. 92% of the holdings in this ETF are dividend paying companies in Australia, Singapore, China, Hong Kong, and New Zealand.

This is just one of many investment options to get involved in strong emerging market companies that pay dividends. My recommendation is to put at least 20% of your assets in this type of investment.

Let’s pretend I’m right and the American Government bubble does burst at some point in the next few years: this investment will almost surely beat any group of American companies.

But what if I’m wrong and the American Government bubble doesn’t even exist? Then you just have a little more exposure to emerging markets than “experts” suggest, but you still might end up ahead because emerging markets have higher upside than American companies anyway.

Readers: How much of your portfolio is in emerging markets? Are you planning to increase that percentage any time soon?