Get That Monkey Off Your Back

Today’s post was inspired by my beloved Missouri Tigers, who beat the Oklahoma Sooners for the first time since 1998.

I lived the first 22 years of my life in Missouri (mostly in St. Louis with a semester of college in Springfield, MO and a semester outside of Missouri in Decatur, Illinois), went to just about every college in the state of Missouri (except the University of Missouri unfortunately), and have grown up as a Missouri football fan.

The last few years have been especially exciting (I mean frustrating) for the Mizzou football program. In 2007, Missouri was the top ranked team in the country after finishing the regular season with just a single loss to the Oklahoma Sooners. There was just one game between the Tigers and the BCS National Championship game: the Big 12 Conference Championship against (you guessed it) Oklahoma. Missouri kept the game close through about three quarters but ended up getting stomped in the fourth; thus forcing me to pretend like I wasn’t crying in front of all my friends.

Basically, I got my hopes up that my team would win a national championship and the stupid Oklahoma Sooners ripped my heart out and stomped on it with a ferociousness previous known only to wild animals and angry mothers-in-law.

In 2008, Missouri made another trip to the Big 12 Championship Game and faced the same Oklahoma team. The game wasn’t even close; Missouri lost by over 40 points. I honestly wasn’t that upset because I had grown so accustomed to OU kicking our rear-ends that I didn’t even consider the possibility of a win. This is actually kind of depressing (but it gets better, keep reading). 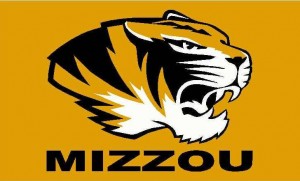 Last Saturday, October 23rd, Missouri hosted the top ranked Oklahoma Sooners in a meeting of the only unbeaten teams in the Big 12. The winner of this game would be favored to win the conference championship and advance to a BCS bowl or even the BCS National Championship game.

Mizzou finally won! We not only won, but my girlfriend wanted to walk home from Buffalo Wild Wings because she was so embarrassed about my behavior during the game. It was perfect.

This wasn’t just another win for this football team. They got the Oklahoma monkey off their back. Now the Missouri football team knows they can not only beat the Oklahoma Sooners, but also the top ranked team in the country. Run and tell THAT, HOMEBOY! (thank you Antoine Dodson)

Finally beating something that has kept you down for a long time isn’t unique to sports. There are things in my financial life that have beat me down over and over again. If you read my posts last week, you know I’ve made bad vehicle decisions not once, but twice. I am leasing a car right now, and with the bumper-to-bumper warranty and full coverage insurance I feel confident that I won’t get beat down by my vehicle any time soon.

So Thousandaires: What has been beating you down in your financial life, and have you overcome it yet? If not, how do you plan to do so? Leave your comments below.

P.S. I know it’s a pretty big stretch to relate this to personal finance, but I’m too freaking excited about Mizzou not to blog about it!