My fiancee and I close on our new house in a little over a week and we had one big problem to solve this weekend: the house doesn’t have a refrigerator. The current owners are taking the fridge to their new house so we needed to get some appliances and we needed to get them cheap.

We also wanted to make sure to get something nice because we know this won’t be our “forever” house. We expect to live her for about 5 years or so and then hope to sell for a nice profit.

Everyone knows an updated kitchen (including updated appliances) is the key to raising the value of your home and selling it quickly. We didn’t want to spend money on a temporary fridge when we knew we’d just spend more money for the stainless steel version later.

When you don’t have a lot of money but you want nice things, there’s only one place to go: an outlet store.

50% Off a New Refrigerator

Tag and I ended up buying a brand new $2,100 refrigerator for $1,050 all because there was one dent in the refrigerator door. 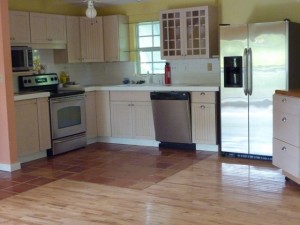 I will admit that the dent is big. It’s pretty noticeable even from a few feet away. Luckily once the refrigerator is in our home and covered in magnets for delicious pizza delivery then the dent becomes invisible.

The fridge is literally brand new. Someone paid $2,100 for it, it was delivered to their house, and they sent it back because of the dent. Then I bought it for 50% off. What a deal!

We found this deal at Sears Outlet because it was the easiest place for us to find lots of outlet appliances, but there are probably lots of other different stores that sell appliances that either have cosmetic damage or were floor models and can’t be sold as “new”.

You might even be able to go to your local hardware store and ask the manager for a discount on a floor model. It doesn’t matter where you get it, just don’t pay full price when you can get it cheaper for some small cosmetic damage!

We needed a fridge because we didn’t have one. We wanted a new range because the one in the house is from 1990 and looks like it’s from 1970. While we were at the Sears Outlet we found a Black Friday deal on an $800 range for $500.

This range is brand new in the box; no dents or anything. It is probably either overstock or last year’s model. Regardless, it’s a brand new stainless steel electric range that is selling for $800 at Home Depot and Lowes, and I got it for $500 because I was at an outlet store. 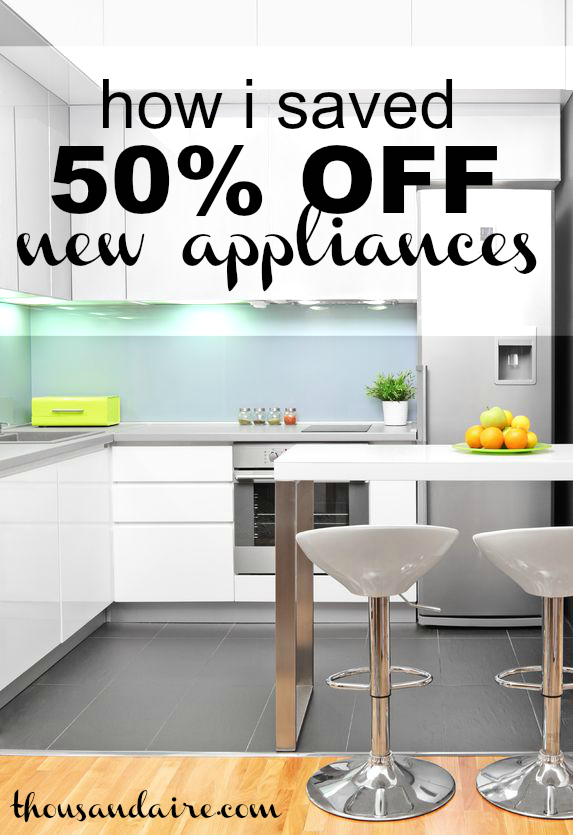 Our Kitchen Renovation is Already Half Done

The first three jobs of moving into our house are the scrape off the popcorn ceilings, paint, and replace all the 22-year-old carpet with brand new bamboo floors. The kitchen renovation probably won’t happen for at least six months or more.

And yet we’re already halfway done just by getting new appliances. The microwave and dishwasher are already upgraded, so we haven’t even moved in yet and the kitchen appliance upgrades are complete. Now we just have to stain the cabinets and get a new countertop and backsplash and we’ll have a lovely updated kitchen!

And it’s all because we found some great deals at an outlet store.

Readers: Have you ever purchased appliances from an outlet store?