Is a Small Business the Key to Being Wealthy?

Here’s a question I’m genuinely curious about, because I’ve looked and I can’t find any data to prove or disprove it.

Again, I don’t have the answer. All I have is personal experience with a bunch of different people I know that leads me to believe small businesses are the way to go if you want to be wealthy. 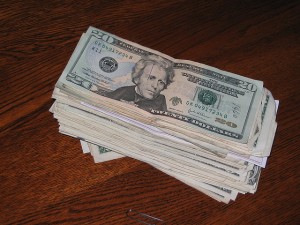 Let’s start with my family. My mother has four siblings (my aunts and uncles). Three of the four are married, and in each of these three cases the husband is the main breadwinner. One of them is a small business owner who has owned and sold many different businesses over the years, while the other two work in small businesses as the right hand man to the owner.

While I have no idea how much money any of my family makes, I think it’s safe to say that each of these three families falls into the upper-middle class and could be considered “wealthy”, depending on your definition of the word.

The fourth of my mother’s siblings has done a mixture of owning small businesses to working for companies of many different sizes. Again I don’t know the details of this person’s finances, but I’d say he’s been at least comfortably middle class, with better years reaching upper-middle.

As a side note, I find it very interesting that my mom’s siblings are all in small businesses. My grandpa worked for IBM his whole life, so it’s not like they were raised to work in that environment. Oh, and my mom is a teacher at a private elementary school, so I don’t know how to classify her job. It’s a small school, but it’s not really a business. Let’s just say she’s “not wealthy” and move on.

Outside of my family, I see other success stories from people with small businesses. One of the nicest homes I’ve ever stepped foot in is owned by a couple with a husband who owns his own company and a wife who is one of the most senior people at a small business. I’m sure there are more examples that I’m forgetting, but there seems to be a common theme:

People I know that own small businesses or work senior jobs at them are usually fairly “wealthy”.

And What About Large Corporation Employees?

I know a lot more people who work for large corporations, simply because I myself work at a very large company. Therefore, everyone I know at work falls into this distinction.

People at work don’t tell me their income, but I have a pretty good idea of what people make based on what I make. And I can tell you that in general, most of the people I work with are making less money than the people I know that own or work for small businesses.

Sure, there are exceptions. The people who have been around for 25 years and the director level people are probably banking some serious cash. But the majority of the people I work with are regular employees like me who aren’t making tons of money. And let’s not forget about all the contractors (which make up about 75% of our workers), who are mostly making significantly less than the employees.

Based on what I know from my tiny little world, it seems like working for a small company is a great way to make good money. With less people in a small company, it’s more likely that you can advance to a senior position if you’re good at your job. But there’s also a bigger risk that the company will fold, and the benefits are usually not as generous. There’s definitely a give and take, but again, there’s seems to be a theme with the small business people.

However, I realize my tiny little world is not the whole world. I’d love to hear some of your opinions on the matter. Or better yet, if you know of any research of studies done about income differences between people who work at large companies compared to small businesses, post it in the comments and I’ll update this post to include it here.

Is working for or owning a small business the key to being wealthy? Give me your thoughts in the comments.