The Worst Way to Buy a Birthday Present

I need to start today’s post by wishing a very special Happy Birthday to Tag. She turns 24 today, which means she’s a year older than she was, but still two years younger than me. Which means I have a hot younger woman for a girlfriend, which is awesome!

In the past Tag and I have done things together for birthdays. For example, I took her to the Dallas Aquarium one year for her birthday, and she took me horseback riding for mine. This year I decided to get her a physical present. And for some stupid reason, here is how I started my thought process:

You’d think I’d be smart enough to know better than this. But I’m not. Because I’m an idiot. I’m basically like one of those guys who gets their wife a riding lawnmower for her birthday when she’s never done a minute of yardwork in her life. I-D-I-O-T. 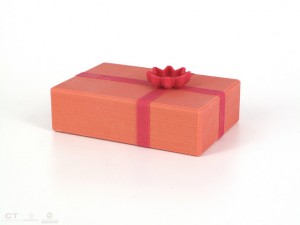 When Amazon rolled out its new line of Kindle products I thought, “Tag likes to read, so I’m sure she’d like a new Kindle Touch!” Nevermind the fact that she’s back in school and won’t graduate until Spring of 2014. That means she won’t really have money to buy books for her Kindle until the hardware is so old it’s practically obsolete.

And yes, she does enjoy reading. But it’s not one of her favorite things. She’s much more interested in working out, studying for class, and relaxing by watching movies and some of her favorite TV shows. If she does want to read something (like Harry Potter books, which she loves), she can just read the physical books she already has.

Simply put, I ordered the Kindle Touch more because I was interested in it more than because it would be a good gift for Tag. Luckily I realized this early enough to cancel the order and get her something else.

The Key to a Great Gift is Listening

If you want to get someone a really good gift, you just have to listen to them. Tag has complained about how cold it is outside and how it’s hard to ride her bike or run because of the weather.

After actually listening to her, I realized she would enjoy a bike trainer (which turns her road bike into a stationary bike) much more than a Kindle. I changed the order and gave her the gift this weekend. I told her that her first gift was a Kindle, and she agreed that the bike trainer was better (although she would have liked the Kindle too).

As you are shopping for your family and friends this Christmas season, think about this past Thanksgiving weekend. If you think hard enough, I’m sure you will remember people saying something like, “This would be so much easier with [insert cooking utensil],” or “I’m sick and tired of [something] not working,” or “Did you see that commercial? I’d love one of [insert item].”

Before you go, please take a few seconds to wish Tag a happy birthday in the comments! And you can also give your secrets on how you make your loved ones feel special on their birthday.