This is a guest post from Nelson at Financial Uproar, one of my favorite personal finance blogs. If there are any oldtimers here, this is the kind of writing I used to do (aka funny) when I started my blog two years ago. If you miss the sarcastic humor I used to inject in my posts, you’ll love this one!

In the past, Kevin has posted all sorts of stuff on why he thinks his fair country is headed for financial armageddon. In the past he’s described U.S. Government debt as “the next bubble to burst” and has advocated people invest in precious metals, including “junk silver”, which is just old American change that has enough silver in it to make it worth significantly more than face value.

Admit it, you thought he was a little nuts. I sure did. I thought about filling his comment section with jokes about tinfoil hats and recommendations for the best brand of canned pears for his bomb shelter, but I didn’t. Hey, I’m lazy.

I’m still not sure America is screwed. There is still a significant appetite for American government debt, especially from foreign investors who want nothing to do with the Euro. Super low interest rates have made the cost of servicing this massive debt really quite reasonable. American debt is still perceived to be the safest in the world. If investors had any real concerns at all, the U.S. Government wouldn’t be able to issue 30 year bonds with 3% yields.

As bad as America’s balance sheet looks, (which, as a Canadian, kind of amuses me) there’s another country’s that looks even worse. As you probably figured out by the title, I’m talking about Japan.

Why is Japan in such bad shape? Let’s look at the basics. Japan’s total debt to GDP ratio is 229%. For a second, let’s compare that to your finances. If you made $50,000 per year, that would mean you’d be in debt to the tune of $114,500. This is by far the highest ratio in the world. Japan’s debt to GDP ratio is more than double America’s, which checks in at right around 100%. Both countries are borrowing heavily, Japan is borrowing to rebuild from last year’s earthquake/tsunami disaster, while America is borrowing so you don’t have to pay slightly higher taxes. 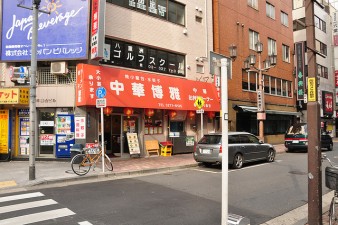 Currently, Japan has the highest debt to GDP ratio in the world. Who’s second? Just a little country called Greece. (at about 140%) The United States is 3rd, while some of the other countries you’ve been hearing so much about (Spain, Portugal, Italy) are littered among the top 10.

How can Japan afford to pay the interest on all that debt? It turns out they really can’t. The U.S. spends  about $250B per year on debt interest costs. The federal government takes in about $2.5T in revenue per year, which means the U.S. government spends about 10% of their revenue on interest. In Japan, their government spends over 25% of revenue on servicing the debt, even though their interest rates have been essentially zero for a decade now.

It gets worse. Since Japan’s population is so old, their government pension needs to pay out billions of Yen more than what it takes in. An additional 25% of government revenues are paid out to old people’s pensions. That only leaves half of government revenues to spend on schools, hospitals, and giant gongs. No wonder the Japanese are running significant deficits every year.

Because Japan has historically had a current account surplus, their national debt is largely held by their own citizens. Japan has also historically had a high savings rate, which means there’s lots of available capital to buy their debt. Pension funds have also held large baskets of government debt because there’s a giant glut of Japanese people who are approaching retirement age. Japanese people have always ate their own cooking, so to speak.

Unlike America, Japan has another problem – a declining population. Over the past few years, Japan has lost 3 million people, probably from that silent killer, Bieber Fever. Most every other industrialized country has similar demographics, and they’re dealing with it – through immigration. The problem? Japan is perhaps the most xenophobic country in the world. Less than 1% of their population is non-Japanese. There’s little chance a country can grow their way out of a fiscal problem with a declining population.

There’s little doubt government revenue will start to fall in a major way. Their population is aging, old people generally pay less in taxes and need more in health care. They also tend to sell their government debt so they can afford to eat. Immigration isn’t making up the difference. Government expenses will continue to go up as revenues fall. This will lead to more borrowing.

There will come a point where Japan will have to reach out to foreigners to start buying their debt. Other countries will take one look at the demographics or the debt to GDP ratio and start demanding higher interest rates. Japan simply can’t afford to pay higher rates. You can probably guess what’ll happen next.

Hopefully I’ve done a good job outlining why Japan may be the next sovereign debt crisis. If not, I’m sure you’ll all fill the comment section with angry ALL CAPS comments. But how can you make money at it?

Here’s the real question: should you actually bother? I firmly believe Japan will eventually enter into some sort of fiscal emergency. But I’m not going to do anything about it. I just don’t like going short.

This has been a guest post from Nelson who blogs over at the handsomest blog in the whole universe, Financial Uproar. His blog is more awesome than puppies combined with freshly baked chocolate chip cookies. Oh, and you should probably follow him on the Twitter.