Too Much Learning At Once Wastes Time and Money

One of the most important things in life is to always keep learning. If you aren’t learning, you aren’t living as far as I’m concerned.

There are four things that I want to learn right now. They are:

I took a semester of Spanish 2 last spring, and for a time was planning to go to Costa Rica to learn Spanish.(which actually didn’t happen). I bought a Groupon for a free month of dance lessons and learned a bit in four weeks. I have a keyboard in my apartment that I play from time to time. And I’ve been playing more golf this year than I have ever played before. And guess what?

I still pretty much suck at all four of them.

I have a full time job. I run this website. I have a family, friends, and a girlfriend. And then for some reason, I think it’s a good idea to throw all of these time intensive activities on top of all that.

A few weeks ago I finally got smart and realized I am wasting not only time, but also money without making any progress.

The Spanish class was about $135. Dancing was $50 for a Groupon and would have been way more expensive to continue. Golf can be very expensive every time you play. And playing my keyboard is free, but music and/or lesson would cost money.

I finally realized I need to pick one and stick with it until I’ve reached my goal.

I Going to Kick Ass at Golf

Of the four activities I want to learn, I settled on learning golf. When I say “learn golf”, I mean that I want to be good enough that I rarely embarrass myself. That means no missing the ball completely. No hitting it 112 yards sideways. And no scores over 100.

If you’ve ever seen me golf, you know this is gonna be tough. 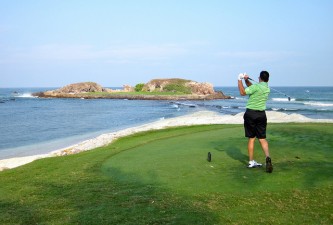 To get there will take practice, and golf can be a very expensive game. Luckily I am in a great position right now to get a lot of practice for a very small amount of money.

I got a membership at a pretty decent course near my house. The membership is only $35 a month and it gets me unlimited range balls (for non golfers, these are practice balls). A bucket of range balls is usually between five and eight bucks, so it pays for itself after less than a week.

I’ve been practicing every day for about two weeks now and I’m definitely improving. I plan to keep up this pace for at least the next 2-3 months. Hopefully by then I’ve met my goal and I’ve trained my muscles well enough that they won’t forget over the winter.

So if you’re a serial over-learner like me, you might want to pick one thing and go for it. I can tell you already it’s made me feel a lot better about myself.