Mailbag – When Do I Replace My Car 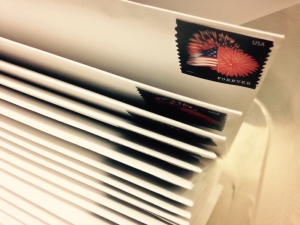 I just got back from the mechanic and my car (bluebook ~$9,000) needs $3,000 worth of repairs to be made drivable again.  Part of it seems to be routine maintenance but the other part is just part failure.  I don’t want to be regularly paying these kind of repair bills, but I’m also not sure I should get a new car just yet.  How do I tell when it’s time to give up on a car and just get a replacement.

Well, first off, if you’re going to replace your car consider buying a used car.  The rule of thumb is that a car loses 25% of it’s current value annually.  This means that the depreciation on that $9,000 car is currently running you roughly $2,250 annually. That seems like a lot of money to me.  Similarly, this is a huge repair bill.  As far as we’re concerned with maximizing value what you’d really like to do is know what the future repairs on the car were going to be, then you could just compare this with the depreciation and maintenance on the other car and go with whatever costs the least.  Unfortunately, my crystal ball is cloudy.

Great, so when do I replace my car?

Fortunately, I do have more information for you than a shrug.  First off, if the cost of the potential repair is more than the value of the fixed car, it’s time to get rid of the car!  This is well known, the car is “totaled”.

I would back out the part of the cost here that is routine maintenance.  If you have, say, tires that are supposed to last 5 years, you don’t really have to worry about them going out, and further you should have saved for that part of the car wearing out in any case.  Tires don’t wear out any faster on an old car than a new car.  Same goes for things like timing belts and clutches.  So from that $3,000 I’d subtract the routine maintenance cost.  Next, I’d compare the remaining value to two things, first the expected depreciation of the car (1/4 the current, working, blue book value), and second the expected depreciation on the car you’re thinking about buying.

Let’s say that the total cost of your maintenance repairs was $500, and the other $2500 was catastrophic failure of your headlight fluid pump (I am a car expert guys).  You take the $3,000 subtract off the $500 to get the remaining $2500.  Then, calculate the expected depreciation of your vehicle.  You can use the rule of thumb or instead calculate the difference in blue book value between your car and the one year older model. (What I mean by this is, if you have a 2008 Chevy Cobalt, check the blue book value of the 2007 Chevy Cobalt.  The difference in the annual depreciation.)

Since we don’t have a model from your vehicle, I’ll just use the rule of thumb.  If we take 25% of $9,000 we get $2250 as I mentioned earlier.  This is less than your anticipated spending.  Then, we check the depreciation of the replacement car you’re thinking about getting.  Suppose you’re going to buy a $16,000 car.  The depreciation would be roughly $4000.  Since the repair is less than $4000 but more than $2250 I’d probably decide not to replace the car.  If I was thinking of getting a car that was more like $10,000 (estimated depreciation $2,500) I’d be more inclined to go ahead with the purchase.  If the repair bill I was looking at was higher I’d probably go ahead and replace it.  If a larger percentage of the bill was routine maintenance go ahead and replace This is right about where it’s close, and frankly other concerns might trump the economics.  Do you like the car?  Is it a relatively safe car?

Would I replace the car

I’d probably replace the car and buy a cheap two-door that runs, somewhere in the $4,000 to $6,000 range.  This keeps my annual car costs fairly low and I’ve experienced very few maintenance issues with this strategy, though the depreciation costs over $100 per month are making me sad.

You could try to harass your mechanic into giving you future estimates of the cars maintenance costs.  You could also think about another rule of thumb, over a car’s lifetime the depreciation, maintenance and fuel of a car all cost about the same.  So, for a $20,000 car, the lifetime maintenance, and fuel are also each about $20,000. You might be able to get from there to an annual estimate of maintenance, though to be honest I’m not sure how!  I suppose I leave that as an exercise to the reader (maybe it involves assuming that some types of maintenance, like oil changes, and tire replacements, are evenly distributed throughout the cars life, and other maintenance comes in sudden jerks?)