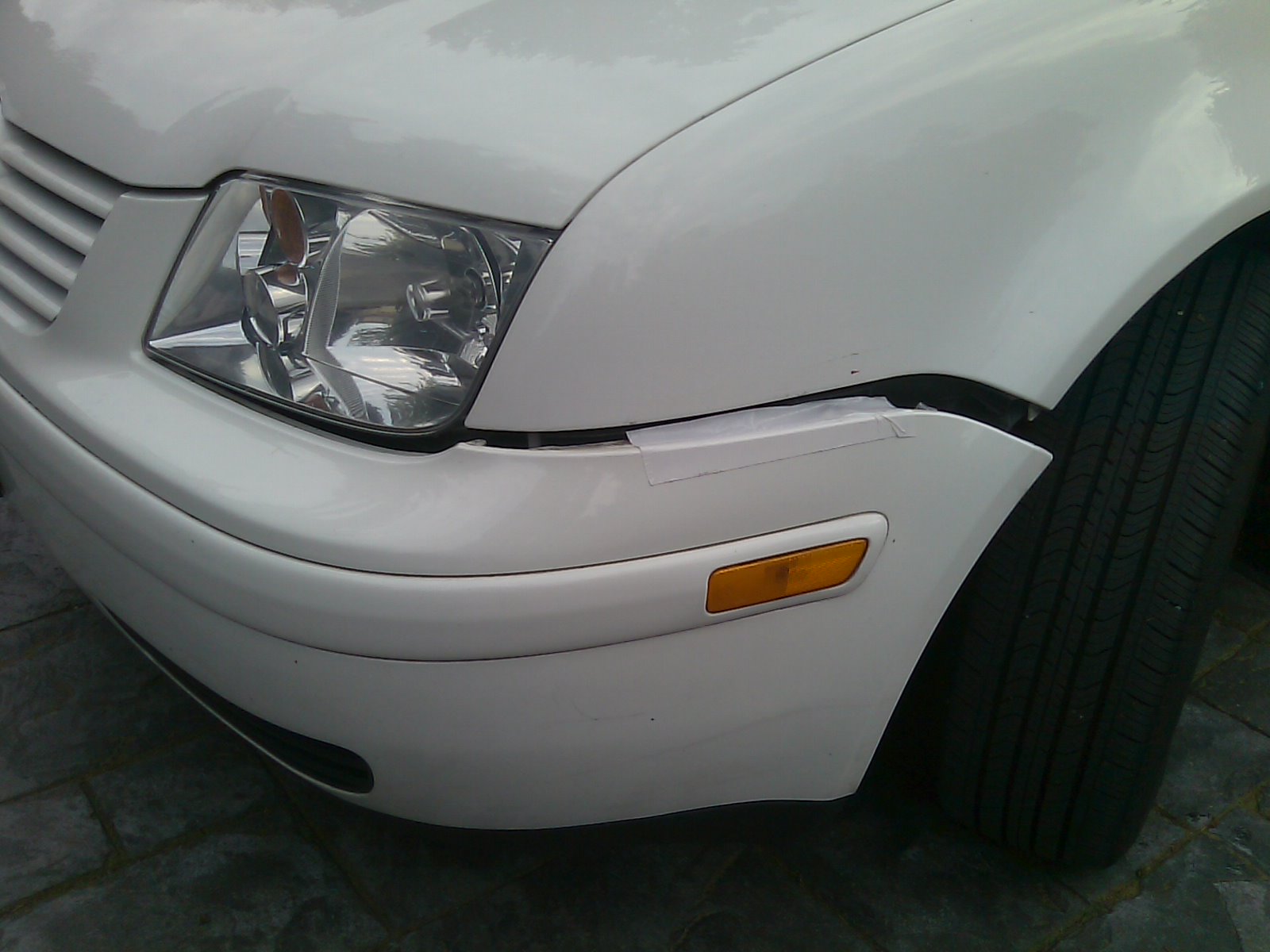 Unless you have an inordinate and unhealthy obsession with morbid curiosity, it is human nature to look away from a car crash. Sure, we look. But then we wince, cringe, and look away. It’s human empathy. No one wants to imagine being injured or killed in a car crash. Even with no loss of life we think, “Damn, someone’s premium is going through the roof!” Well, I know a trick where you can use black gorilla tape to fix car dents and dings.

However, before I get into all that, or the meat of this article, I want to talk to you about the importance of car insurance.

There are over 220 million Americans with driver licenses driving cars. In 2019, there were over 40,000 car accidents that involved a fatality.

This NHTSA study was last conducted in 2010, so this estimate could very well be over the $1 trillion mark by now.

Hopefully, you have never been in a car accident that has involved a fatality. Still, a non-fatal car wreck could put you into financial ruin.

For many people, mainly aesthetic car damage problems can be enough to stress their personal finances.

Meanwhile, over 40% of Americans couldn’t produce $400 instantaneously to cover an imminent emergency.

The Car Driver as Identity

Also, being a driver is an identity for many people and more than just a privilege.

It says a lot about your identity as a driver, and your ability to pay for your car, if your fender or bumper is full of dents, dings, and is on the verge of falling off.

What I am trying to impress upon you is the importance of being properly insured, having the proper insurance for the kind of car you drive, and driving responsibly.

That way, you’ll won’t have to rely on a $6 roll of Black Gorilla tape to fix car dents and dings, helpful as it is. (It’s about $8 on Amazon, but you can get it in most brick-and-mortar stores for $6.)

The Perils of Not Having Car Insurance

I am from New York City. This is a city that has a certain mystique that has been perpetuated by movies, TV, and popular culture.

Especially when it comes to cars, drivers, and car culture.

There could be almost as many vehicles in New York City as people.

Which has always been weird to me. New Yorkers purchase one or two cars and then leave them at home to use mass transit weekdays to save money.

Then, they, and everyone else, crowd streets and roads with traffic in morning and evening rushes.

So, it is any wonder that so many drivers cause or are the victims of so many traffic accidents?

So, what does all of this have to do with drivers who deign to get car insurance?

Its why you may see so many people with minor dents, dings, and bumpers hanging off of vehicles.

About 6% of drivers in New York state have no car insurance. Florida has the highest number of uninsured drivers at almost 27%.

Almost 14% of drivers nationwide are uninsured. As reiterated before, almost 40% of Americans couldn’t produce $400 if a financial emergency presented itself.

My ultimate point is that while Black Gorilla tape can help you repair some minor dent damage, its ultimately a short-term solution.

This trick is good for cars that have minor dents and dings that have caused the bumper to partially, but not fully, separate from the body. This should be viewed as temporary fix.

If your bumper looks like this, then all the duct tape in the world isn’t going to help you. Unless you are a skilled and certified car body specialist, it might be publicly dangerous to operate your vehicle after trying. 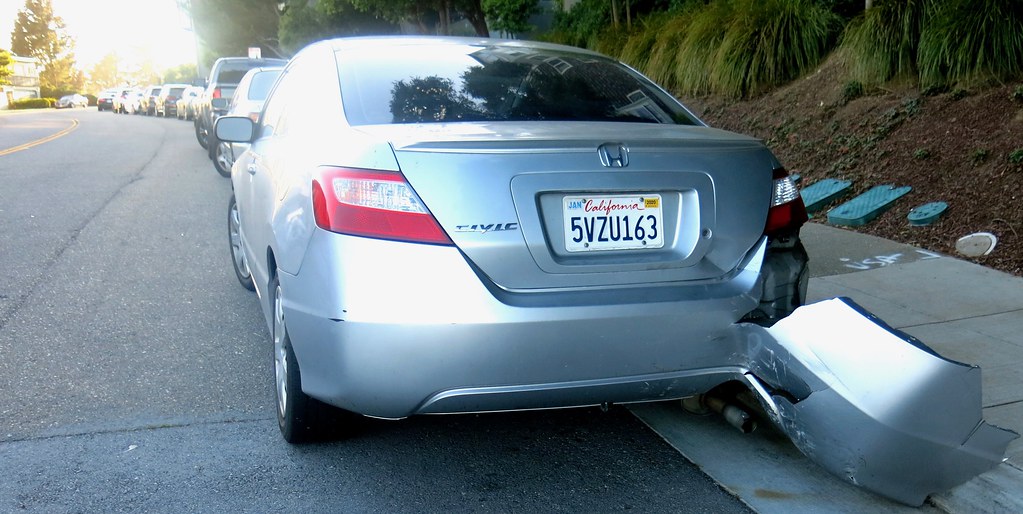 (Image by torbakhopper via CC BY-ND 2.0)

It’s hard to use duct tape that matches your car’s paint job, but Black Gorilla tape is the best. Its adhesive is a lot stickier than the kind that you will find on regular duct tape.

First, thoroughly clean the area with some soap and water and then dry it. This will help the tape adhere better.

You might want to get an extra hand to help you keep the bumper in place. Keep the bumper flush with the natural alignment of the car as you adhere tape to it.

Smooth out the tape and depress any air bubbles you come across. Then add a second layer and repeat the process.

Remember that you want this ad hoc repair to last a few weeks, or a few months, at the longest.

Strategically place tape vertically or horizontally as the damage aesthetically requires. (Image a torn piece of paper that you fix with Scotch tape. You want to smooth out and connect the visible tears.)

You want to create a strengthened and tightened tape seal with at least two layers of tape. Remember to continually smooth out the tape as you go along.

You want the seal to be as strong as possible and for the patch job to stay in place. If it comes apart, especially while you’re driving, the original damage could become worse. Don’t be stingy with the tape.

Your patch job shouldn’t cause more than a curious glance or two in public. The amount of tape you’ll need to use depends on the severity of your bumper damage. 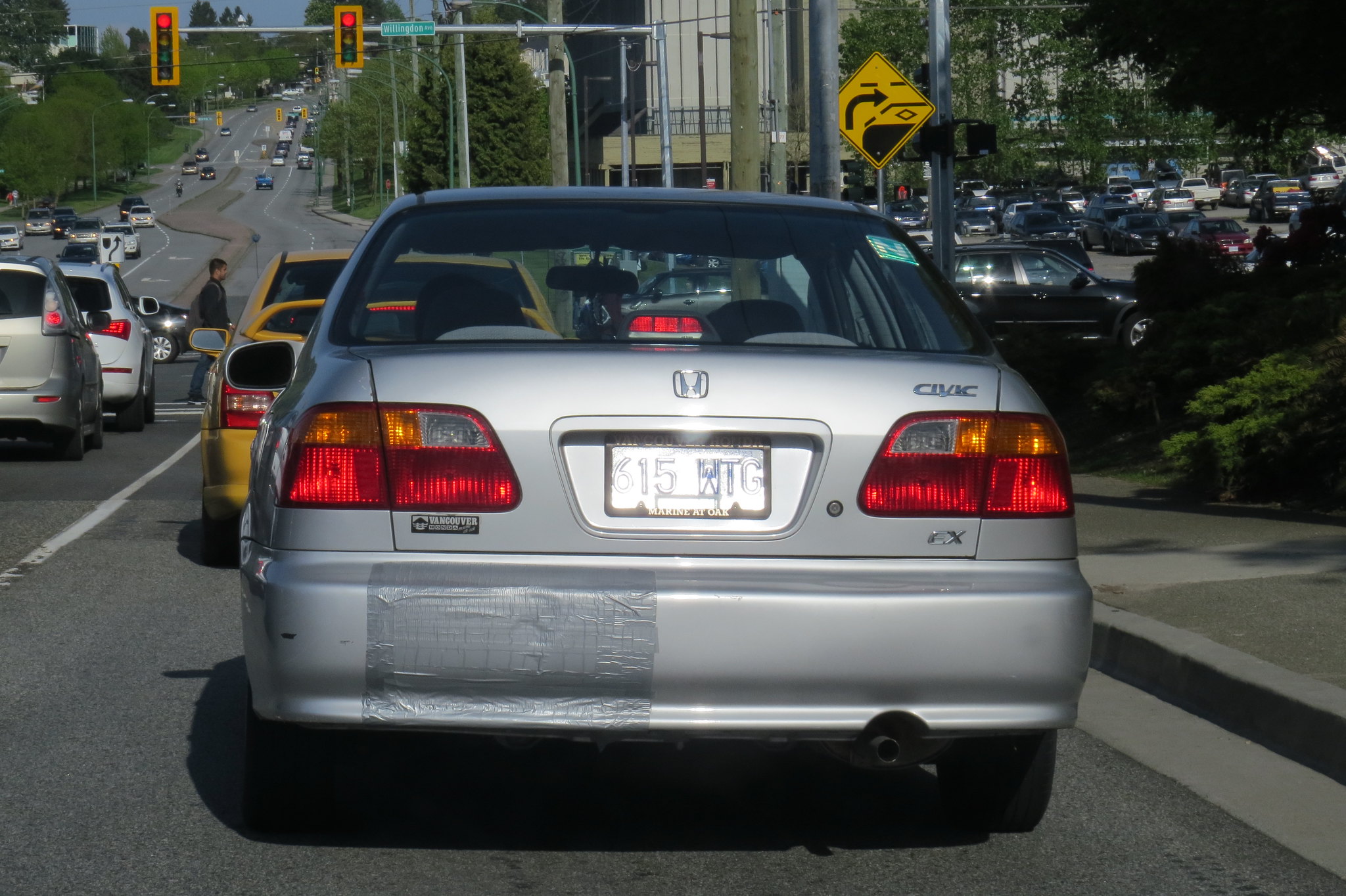 Take your car for a spin and see how the aesthetic repair job holds up.

Remember that you’ll have better results if your damage isn’t catastrophic. This trick is ideal for minor aesthetic damage only.

I made a point to stress the importance of car insurance and possessing proper driving skills before for a reason.

So that you’ll hopefully not get to a point in your financial life where a roll of duct tape, even Black Gorilla tape, won’t be the answer to your car damage problems.

The longer that you go without repair, the greater the probability of the minor damage expanding exponentially.

And, costing you more money for repairs.

Or, receiving citations or tickets for such damage potentially impairing the mobility of your vehicle.

If you need to have your car damage duct taped for months or years at a time, you need to reassess the kind of car you drive.

Or, if you need one.

Yes, Black Gorilla duct tape can come to the rescue.

But if being a driver is an identity for you, then publicly identify yourself as a driver who knows how to drive responsibly and who is financially responsible enough to maintain a car according to your budget.

What Every 1st Car Buyer Should Do Before Purchasing an Auto

6 Steps to Finding the Right Car Insurance for Your Needs

How To Buy A Used Car And Not Get Ripped Off