If you watch or read any news, you know that the American government is a few days away from defaulting on our loan obligations because we are about to surpass the legal debt limit. Once we pass that $14.29 trillion debt mark, the U.S. can’t borrow any more money.

Republicans and Democrats can’t agree on how much to cut and how much (if any) we should raise taxes. They are working on reducing costs of large entitlement programs like social security, medicare, and medicaid. That’s a great idea because we are losing tons of money on all of those programs.

In fact, I like the idea so much, I have a nice little proposal to save tons of taxpayer money.

Type 2 Diabetes Shouldn’t Be Covered by the Government

It’s a simple principle of making people responsible for their own actions. If you are a senior with cancer, Medicare should pay for that. Or maybe you have multiple sclerosis. Or Parkinson’s disease. You didn’t ask for those things; they just happened to you. And it’s a good thing when the government pays for that treatment.

But when you go to McDonald’s for breakfast, and then have a butter sandwich for lunch, and then a 1/2 lb beef hamburger and french fries for dinner, you’re asking for Type 2 Diabetes.

Prevention is free and treatment is free, yet the American taxpayer is saddled with billions in medicare payments for this disease. 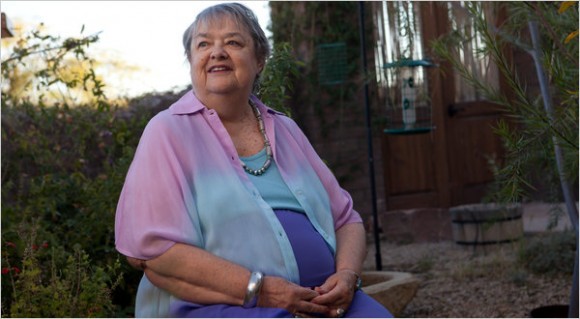 “I used to live half a mile away from the coast,” she said. “I miss the cool breezes, the fog and my garden. I’m still getting used to the heat out here. But the trade-off is good health, and that’s worth it.”

So the American taxpayer and the Arizonan taxpayer are paying basically 100% of her medical bills for a disease that she wouldn’t even have if she took better care of herself.

A recent study shows that type 2 diabetes is reversible if people adhere to a 600 calorie-a-day diet for two months. Even if your sedentary lifestyle ends up sticking you with the disease, you can cure yourself of it just by going on a diet.

About $174 billion was spent on diabetes in 2007. Take away about 10% of that for type 1 diabetes (which is not caused by poor eating habits and a sedentary lifestyle), and you still have around $150 billion a year. If we just guess and say 50% of that is paid for by the government (i could be way off base here), we can save $75 billion a year by eliminating treatment for this one disease. Now that’s a serious deficit reduction solution.

Let’s Take it a Step Further

The principle of taking financial responsibility for your own poor health decisions can be expanded to other things as well. Lung cancer in smokers should never be paid for by the government. I’m no medical expert, but I’m sure there are other diseases that are caused 100% by individual’s actions.

If those people want treatment, they are more than welcome to it. They should just have to pay for it themselves instead of relying on yours and my tax dollars.

I know I’m going to get comments saying that I’m heartless. That couldn’t be further from the truth. I’m just advocating personal responsibility. If you make a bad decision and marry the wrong person, and they take 50% of your money in a divorce, the government doesn’t pay for that. If you make bad decisions to rack up debt, the government doesn’t pay to get you out. Why should making bad decisions about your health be the exception?