I was listening to a local sports radio station last week and got a surprising dose of personal finance.

One of the hosts was talking about how he worked out a some gym and then decided to cancel his and his wife’s memberships. He called a customer service number and asked to cancel. He was told the memberships would be canceled, so he felt good about the extra money in his pocket.

The he didn’t look closely at his bank statements for seven months.

Maybe it’s just because I’m a personal finance nerd, but I can’t imagine going seven months without doing an in depth look at my accounts. I personally check every single transaction monthly when I update my net worth for my Race to $1 Million with The Hoff.

When he did finally check his statements, he found that the charge was still being applied. He paid for both his and his wife’s memberships for seven months without even realizing it!

Obviously he called again and asked them to cancel the membership once more. He didn’t ask to be refunded for the seven months of charges because he felt like he was partly responsible for not watching his accounts more closely, but he did want to make sure that they closed the accounts. At least he learned to check his statements every month. 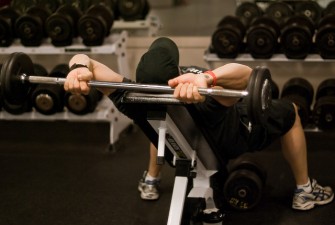 The next time he took a close look at his statements was 11 months later. Seriously guy… figure it out.

As I’m sure you can guess, he was still being charged. When he thought he had settled the matter once and for all, they actually only closed his membership and kept his wife’s active. At this point, he had been improperly charged for 18 months of one membership and 7 months of another.

Now he was pissed, so he fought for a refund of all the bad charges. They would only offer six months. At this point he took his battle to twitter where he started telling his story and naming the company in his tweets.

Being a radio host, he has thousands of followers. Bad twitter press sucks. Bad twitter press from a quasi-celebrity with a large follow is apparently unacceptable. Someone from the gym company soon reached out to him and offered him a full refund for all 18 months.

While I agree that he has a right to a refund, I also think this guy is an idiot. If he wasn’t a “celebrity”, he never would have gotten his money back. Profitable companies aren’t in the business of writing big refund checks to people who are obviously never going to use their service again. And 99% of consumers aren’t in the business of taking a huge corporation to civil court over a few hundred dollars.

If you don’t check your statements, you could be getting charged an old membership fee for some gym that you never used. Or maybe someone has your account information and is using it to buy their daily latte. Or maybe you are being hit with some kind of ridiculous bank fee every month that you never knew existed.

Don’t be an oblivious consumer and then get pissed that you were unintentionally paying for something for 18 months. And don’t rely on some automated service to do it for you either. No automated service in the world would have caught that old gym membership.

I highly recommend that you at least do a quick review of every single transaction at least once a month. It will make sure you’re only spending your money on things you actually should be paying for.