One of my readers asked me to share a guilty pleasure with all of you today.

No big deal, right? I’ve shared plenty of my own guilty pleasures that some might consider pretty embarrassing already. I love Taylor Swift. I’m a sucker for frozen yogurt. I was obsessed with Glee Season 1, and am disappointed in season 2 and have lost a lot of interest in season 3. Those are just three examples of some of my guilty pleasures that probably aren’t going to win me the “manly man of the year” award.

While we’re on the subject of guilty pleasures, I wanted to make sure I just emptied the notebook and laid everything on the line. Here are the rest of my embarrassing guilty pleasures.

The nice thing about those guilty pleasures is that they stop at just being something I enjoy. None of them would be considered an obsession. And while I don’t know if I really have any obsessions, the closest thing I have to one might be Spider-Man.

Back in college, I responded to an advertisement seeking people who would be willing to play Spider-Man to help a toy company launch their new line of action figures. I ended up standing around in Wal-Mart for 5 hours signing autographs and talking to kids as a superhero. They paid me $150 to do it too!

Don’t believe me? Here’s a picture of me and my best friend. 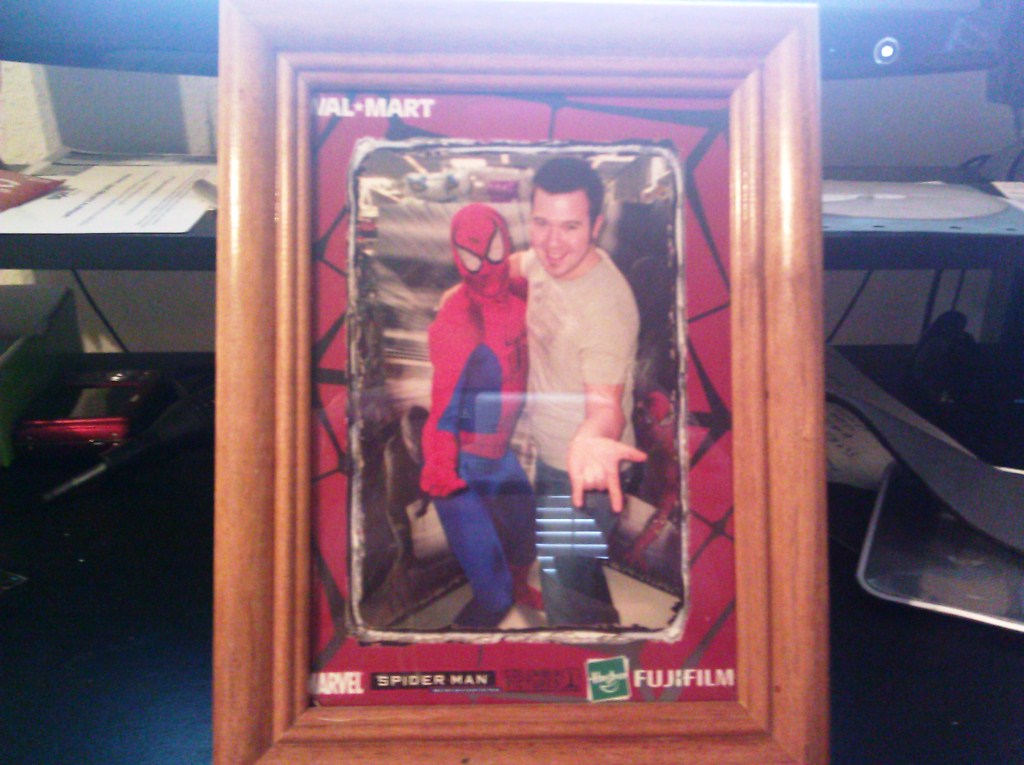 Oh, and if you haven’t heard, there’s a new Spider-Man movie coming out this summer. They just released a trailer for it the other day and I’m pretty freaking excited. The only thing I don’t like about it is the fact that they didn’t cast me as Spider-Man. Look at that picture from Wal-Mart. I was made for that role!

Electronics on the Toilet

The older generation had newspapers and magazines. I have my tablet, kindle, laptop, and cell phone. If I’m sitting on the pot, there’s a 99% chance one of these things is in my hand.

I hate wasting time, and not to gross anyone out, but I can be in the bathroom for a while. And I can use that time to play a game, review my stock portfolio, catch up on the news, read a book, or anything else I want to do on one of my electronic devices. Heck, I might be writing this blog post from the toilet right now. I guess you’ll never really know.

The point is, I have my beautiful tablet and I love it. Hopefully the tablet will satisfy my electronics urge for a while so I don’t keep spending money on more stuff.

Being somewhat obsessed with Spider-Man and refusing to go #2 without an electronic in hand are pretty embarrassing guilty pleasures. In fact, I’ve pretty much shared all of my embarrassing quirks with you guys over the years. Now it’s your turn. What’s your guilty pleasure? Feel free to provide a fake name and/or email in the comments if you’d like to remain anonymous.