My New Bedsheets Are Heavenly

If you’ve ever thought to yourself, “I want to make an immediate, dramatic increase in the quality of my life for less than $100” then I have an idea for you: new bedsheets.

I bought my old bedsheets about four years ago. I spent about $100 or so and I thought they were pretty nice. They were cotton and something like 400 or 500 thread count. Nothing special; just regular old sheets.

I moved over this past weekend (which is going to be the theme of all my articles for quite some time) and I got an entirely new bedroom. I still have my 4-year old mattress (which will be good for at least another 6 years) but I got a new bed, new comforter, new dresser, and new end tables.

And while all that stuff is pretty awesome, there is nothing better than the new bedsheets I bought.

I highly recommend the Pure Beech Satin Bedsheets I bought this weekend.

When I think of heaven, I think of angels floating around and hanging out on clouds. And when I lay in my new sheets and close my eyes, it seriously feels like I’m up there with the angels. And here’s the best part:

It only costs $80 for the set! That’s a fitted sheet, a regular sheet, and two pillow shams for just $80 if you have a queen bed. It’s $100 for a king bed and if you have a twin bed then I think you’re out of luck. Sorry.

The moral of the story is that I FREAKING LOVE MY NEW SHEETS!!!! There aren’t a lot of things that cost less than $100 that can make such a huge impact on your quality of life, but these sheets are definitely one of them. 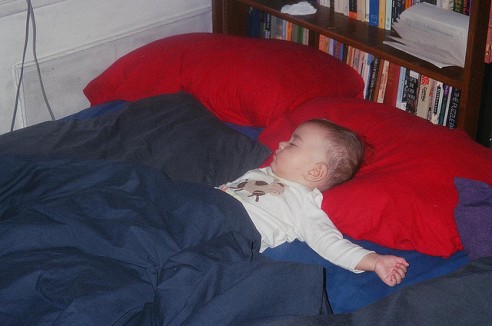 If you aren’t in love with your current sheets like I am and you have $100 or so to spend, you might want to check out Bed Bath and Beyond or some other stores that sell that kind of stuff. You might not love the sheets I got, but there might be a different set that tickles your fancy.

You spend 8ish hours a night sleeping. You deserve to be comfortable. The point of making money is so you can spend it on awesome things. Heavenly sheets are definitely awesome!

Readers: Is there something in your house that cost $100 or less and is so incredible that it is worth every penny?