Myths and Realites About Your Wedding

Home/Blog/Life/Myths and Realites About Your Wedding

Myths and Realites About Your Wedding

A few weeks ago I got married to the love of my life and it was truly the best day I’ve had in my 29+ years on this Earth. The day honestly went better than I expected and for the most part I couldn’t be happier with how everything turned out. 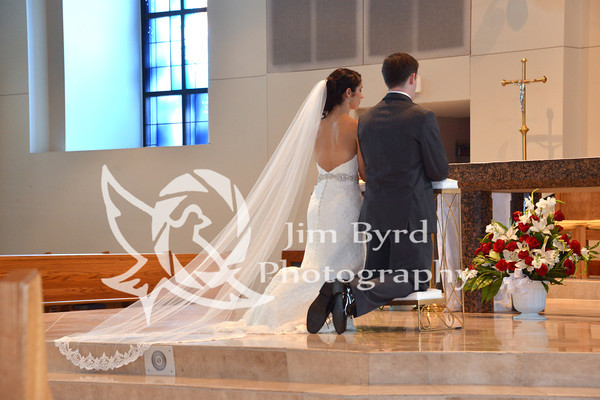 Looking back on the day, I realize that there are a few things things that people say about every wedding. Some of them turned out to be true, and others turned out to be completely false. If anyone out there is engaged or hopes to get married one day, here are some of the things we learned from our wedding day.

Any time we told people about our reception and the food we were serving, people would say “It’s too bad you aren’t going to have time to eat any of it.” There’s this myth that the bride and groom are going to be too busy socializing to be able to enjoy dinner at the reception.

For us, this was completely false. I was paying a crap-ton of money to throw this party, and at the very least I was going to enjoy the food. We talked with the DJ and the venue and made sure that the head table (where we were sitting with our wedding party) was dismissed to the buffet first.

We loaded up our plates and had one of the most delicious meals we’ve eaten in a long time. Our reception food was better than I even thought it would be (we didn’t get to try it beforehand) and we were able to eat and socialize with our friends.

If you make eating a priority like we did, then you’ll have no problem getting food on your wedding day/night.

Every person we invited to the wedding cost us money, so I was trying my best to make sure we had an exact count and that when we paid for 128 people, we had 128 people show up.

We felt really confident that we had the right number, and then things happened. Some people get sick. Some people have family issues that come up. Some people are just so old that after the wedding, they are too tired to make it to the reception. Some people don’t show up and you have no idea why (we still haven’t heard from some people).

I thought we had our number nailed down, and we had at least 10% of people not show up (some told us beforehand, others didn’t).

My suggestion to anyone getting married. Either reduce your number by 10% or have some backups ready to sit in. We had quite a few friends in town that we wanted to invite but didn’t have the money to add them. Looking back, we should have told them they are first on the list if someone doesn’t show. To some people that’s probably an awkward conversation (“We want you to come but can’t afford it, but if someone doesn’t show you can take their spot”) but I wish I had done it so we had more people celebrate with us.

“Nothing will go as planned.” – TRUE

As I said before, this was the best day of our lives and we really had a lot of fun. With that being said, the schedule we laid out for the day of the wedding wasn’t even close. Here are just a few deviations from the schedule:

Our plans never really materialized, but honestly that’s okay. It was kind of nice at the reception knowing that everyone was having such a good time that we didn’t have to do any of the “tricks” to get people back on the dance floor. People were dancing all night long so we just kept it going.

Readers: Do you have any other wedding day advice to people who might be getting married soon?