Now that Obamacare is going into full effect in 2014, people need to make a decision: should I try to get health insurance (if the Obamacare website ever starts working) or should I just pay the fine for not having insurance?

If you are young and healthy, it might make sense to just pay the fine.

Let me clarify. I’m getting health insurance because my employer subsidizes the cost and it’s actually cheaper for me to have health insurance than it is to pay the fine. If this is an option for you then it’s pretty much a no-brainer.

But say your employer doesn’t subsidize your insurance costs, or maybe you are self employed or unemployed. Should you pay for health insurance?

The answer is different for everyone, but Obamacare actually makes it very appealing to go without insurance.

Health Care Becomes Very Expensive for the Young and Healthy

There’s one thing I doubt anyone will disagree with: health care for young healthy people is going to get more expensive. Here is an article suggesting it could rise an average of 260 percent. I don’t know if that number is accurate, but it makes sense.

If you want to insure more people (the uninsured and the expensive people who used to be denied due to pre-existing conditions), you need more money. To get more money, you have to raise prices.

Hence, people who are sick or have a history of poor health will likely see price drops, which are being paid for by price increases on the healthy people.

Let’s look at the cost comparison for health insurance in 2014. 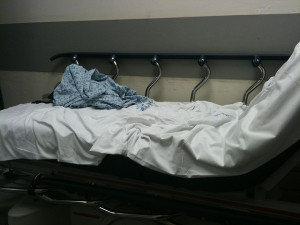 Compare that to monthly insurance costs of about $187 a month, or $2,244 a year, and it’s obvious that the penalty is cheaper.

But the penalty doesn’t give you health insurance. So what happens if you get sick?

Sign up for Health Insurance After you Get Sick

Before Obamacare became law, an insurance company could refuse to insure you based on your medical history or current medical conditions. Not anymore.

Not only have you avoided paying expensive insurance premiums up until this point, but you’ve also given yourself the opportunity to sign up for the best plan to address your cancer treatment costs. Thanks to Obamacare being uninsured has never been more appealing.

Understand the Risks of the 1-15 Day Waiting Period

There is one issue with waiting to get health insurance: the waiting period. You can wait 15 days to start your cancer treatment in most cases. However, you can’t wait 15 days when you’ve gotten in a car accident, chopped off your finger while using a saw, or need an emergency appendectomy.

If you aren’t insured and you need immediate, emergency medical treatment, it can absolutely destroy your personal finance situation. You can’t get insured fast enough to cover the costs and will either have to drain your savings, pay off the debt over many years, or declare bankruptcy.

Secondly, you can get private insurance any day of the year but the Obamacare marketplace is only open between October 1, 2013 and March 31, 2014. It is possible that plans in this marketplace are cheaper since they are supposed to be subsidized for some people, but you’ll never know unless the federal government fixes the website and you can sign up to see prices. There is a risk you might pay too much by not using the marketplace.

Being Uninsured is Less Risky Thanks to Obamacare

The individual mandate (a penalty for not getting insurance) was supposed to make everyone sign up. However, the additional provisions of Obamacare (companies can’t adjust pricing or deny coverage based on health history or current health status) have made going uninsured much less risky than before.

In the end, it’s up to you if you feel more financially secure with or without health insurance. However, don’t just buy it because Obamacare tells you to. Paying the penalty could be your best option.

Readers: Are you getting insurance or paying the penalty in 2014?