I’m a little late on this month’s Race to $1 Million update, but I needed a little bit of extra time because I have to make a confession. But before I get to the confession, here are this month’s results. 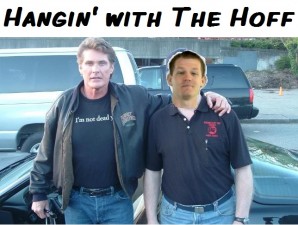 I am destroying the Hoff. I’ve probably mentioned it before, but The Hoff has some serious expenses coming down the line over the next few months and I don’t. In fact, I can already tell you that next month is almost certainly going to be my best month ever.

If you remember, my goal for 2011 is to pull within $20k of The Hoff. After next month, I will meet that goal and eventually start kicking The Hoff’s tail! Now, I’m ready to make my confession.

You may have read my most popular post where I recommend not paying off your student loans when you can get a better return somewhere else. I stand behind this 100%. It is mathematically stupid to pay off loans when you can meet minimum payments and invest other money at higher returns.

Here’s the thing; I’m not terribly confident in the stock market right now. I’m still investing in my retirement accounts, but I haven’t put any additional money into the market in months. Instead, I’m storing it in my 1% ING savings account.

As I keep accumulating cash, I will begin to pay off some of my unsubsidized student loans. Obviously I want to keep as little money in cash as possible, because if I have a choice between getting a 1% return in a savings account or paying off a 5% loan, it’s smarter to pay off the loan.

Then, once I have the unsubsidized ones paid off, I will work on accumulating cash between now and whenever I have to start repaying these stupid loans. Depending on how I feel about the stock market at that time, I’ll either decide to pay them off or invest in something else and start making minimum payments again.

A lot of people attack their student loans with a bull rush attack, throwing as much money at them as possible until they are gone. I’m going with a more subtle, ninja attack: pay them aggressively when it gives me the best return, and pay the minimum when it doesn’t. I’m like Tum Tum from The Three Ninjas!

Now all I need to do is figure out what I’m gonna do with that extra $300 a month that isn’t going to student loans anymore.