Social Security Holiday: The Gift That Keeps On Giving

Today President Obama publicly declared support for a bill in congress that would not only extend the Bush tax cuts for everyone for the next two years, but it would also extend unemployment by 13 months and give every single working American a 2% tax break in the form of a Social Security tax holiday.

Now all this bill needs to do is pass the House and the Senate. In light of this information, I have a message for all you congressmen out there as you ponder your vote on this issue:

That’s right congressmen, for a limited time only, you, yes YOU!, can have your own tax holiday for the very low price of a single vote in the affirmative on this bill. Forget the illegal tax evasion politicians have become so popular for; with this bill you can have your very own, completely legal, year-long tax holiday. And hurry, because if you act now, you’ll not only get a tax holiday for yourself, but we’ll throw in the exact same tax holiday for EVERY ONE OF YOUR CONSTITUENTS!

It’s such a phenomenal, simple idea that I’m finding it hard to believe people in Washington are actually considering it. For those that haven’t heard about it, let me give you the details. 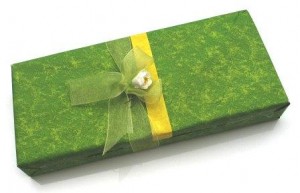 It sounds like a great plan to me. It keeps taxes low, gives people a 2% payroll tax for one year, and extends unemployment for those that need it. I’m not a fan of an increasing national deficit, but our economy is fragile and all three components of this bill are going to do wonders in stabilizing the economy.

Plus, according to the Washington Post, we are finally seeing Obama live up to his campaign promises of removing the politics from Washington and doing right by the American people.

“I understand the desire for a fight. I’m sympathetic to that. I’m as opposed to the high-end tax cuts today as I’ve been for years,” he said. “But in the meantime, I’m not here to play games with the American people or the health of our economy.” -Barack Obama

This bill isn’t exactly what Obama and the Democrats want, but if it is not signed, we are all going to see a big tax increase come January 1st, and you don’t need to be an economist to realize increasing taxes would be a bad idea in a vulnerable recovery. Obama hasn’t impressed me much in his two years, but I’m liking him on the matter at hand.

Now we just have to hope that the rest of the Democrats follow suit.

Now I’m curious: If you were in congress, would you vote for this bill?

I’ll go first. I would vote for it, but I’d actually prefer to add a higher tax bracket starting around $1,000,000 where I’d increase the tax rate by a few percentage points. A small business owner making $200,000 doesn’t need a tax increase. However, I think someone making $1,000,000 or more can absorb a small tax increase without having a serious impact on employment at that person’s company.