I hate that it takes 6.2% of every dollar I earn (temporarily 4.2%), and takes 6.2% of my income from my employer (who would probably be paying me that extra 6.2% if they weren’t paying it to the government!).

And finally, even though I hate any kind of tax or benefit that isn’t flat, this on is especially insidious. Social Security is an incredibly racially and socio-economically regressive tax. The tax helps rich white people way more than it helps middle class and poor minorities.

Let me say that again. The average black man pays 12.4% in taxes on his annual income for 40+ years, and in return gets less than 4 years of Social Security benefits which are so crappy he’ll probably need a part time job anyway.

Source of average ages can be found here.

Not only are white people getting the most benefit from Social Security, but rich people also live longer than poor people, which means the rich get much more out of Social Security than the poor.

This should be no surprise: rich people live in safer communities, can afford healthier food, have more leisure time and can afford better health care. Don’t get me wrong; if you’ve worked hard and made a bunch of money then you deserve those benefits. I don’t think rich people deserve a big Social Security check paid for by hardworking (and potentially poor) Americans.

Think about this for a minute. A rich person who probably doesn’t even need supplemental income during retirement is going to get many more years of Social Security benefits than a poor person. This is truly disturbing when we look closer. 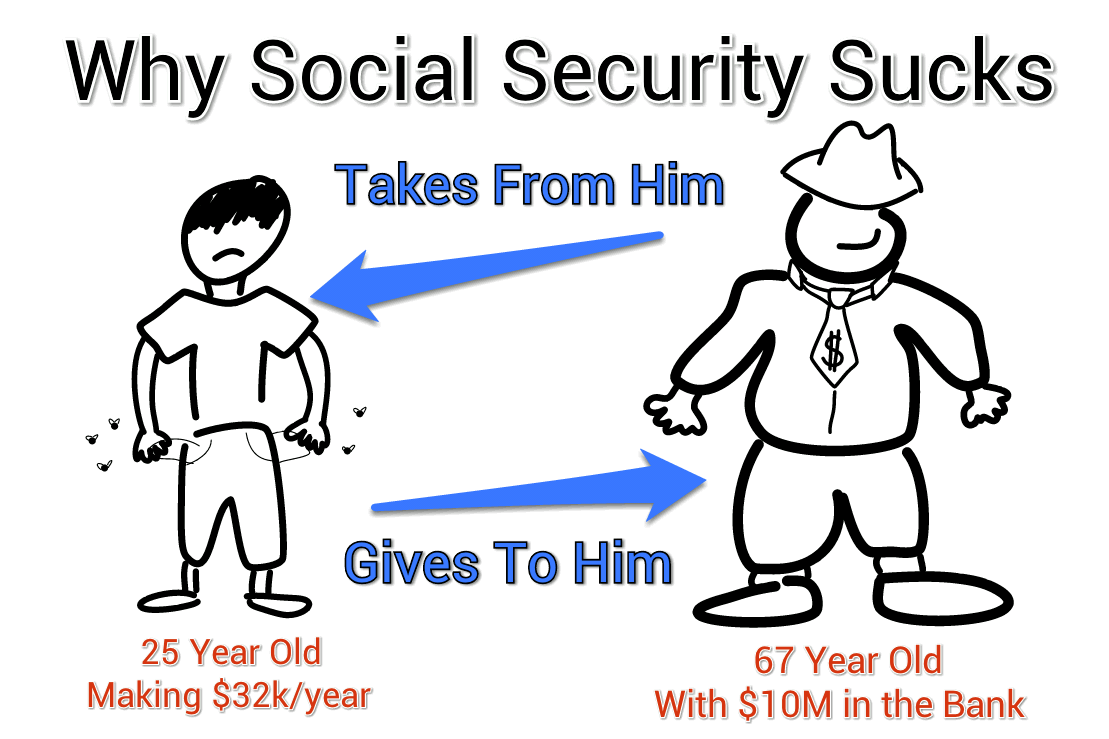 It’s time we stop pretending that Social Security can work as a retirement plan for the elderly. People who can afford to pay for their retirement should stop receiving benefits immediately, and those who can’t should be migrated into existing welfare programs.

What This Means For You

If you are a young person like me, I recommend that you start saving for retirement under the assumption that social security won’t be there to help. As for all that money you’ve already paid in; just consider it another tax from your friendly neighborhood Uncle Sam.

If you are nearing retirement and you are expecting Social Security, I’d recommend doing whatever you can to extend your career and save up money, because Social Security is going to collapse if it isn’t ended voluntarily.

Finally, if you are currently receiving Social Security then enjoy it while you can. I don’t think it’ll last much longer, and I hope you have a backup financial plan.