The other day I was lamenting the fact that I can’t get any better than a 1.1% return on a CD, which means there’s no point to even consider tying up my money for such a low rate of return.

It makes it so hard to save money when the interest rate you can get at a bank is lower than the inflation rate. That’s why I’ve turned to alternative places to invest my money like Lending Club, but I don’t want to put too much money there because the risk of default could get super high if America goes back into a recession or enters a depression.

If I want a safe investment in a bank, then American banks simply aren’t the right place to put my money.

Then it hit me: what if I could invest in CD-like products in other countries that might have higher interest rates?

27 seconds and a quick Google search later I found that I can get over 5% on a 3-month Australian Term Deposit (same as an American CD) with Ubank Term deposits. Are you freaking kidding me?!

Interest Rates are Higher in Australia

People in Australia are actually rewarded for saving money with great low risk interest rates while I’m stuck here in America getting a measly 1%. 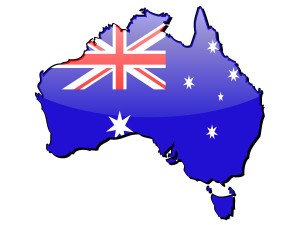 I’ve actually been wanting to get into some foreign currencies, specifically the Australian Dollar, and now I realize that I can get 5% on my money in addition to any gains (or losses) I might have against the US Dollar.

The problem is I can’t figure out how to put my money into an Australian bank. The account I linked to earlier requires that you be an Australian citizen and have a residence in Australia. I certainly don’t meet the criteria and I assume most of my readers don’t either.

Unfortunately it doesn’t look like I can become an Australian citizen very easily. I don’t have any Australian blood in my body and I have never even been there.

Readers: Do you have citizenship in another country? If so, can you get better interest rates there than are available in America? Do you know a way to invest in CDs from other countries without becoming a citizen?