I Saved a Bunch of Money on Food Last Week

Last week I wrote about how I was spending too much money on food and I wanted to stop eating out for an entire week.

One week later I can report that I made it almost all week without eating out and saved a bunch of money.

In June I spent $939 on eating out and groceries (which also includes paper towels, toothpaste, and anything else that I don’t eat but buy at the grocery store). In the last week I spent about $42.

I did have to buy food when I went into the office twice (I could have packed a lunch but I wanted to eat in the cafeteria with work colleagues), but I spent $8.18 combined on both days. My work has a pretty good cafeteria where I can get 2 tacos, a drink, and a bag of chips for $4.09. Technically that’s “eating out” but it was cheap. 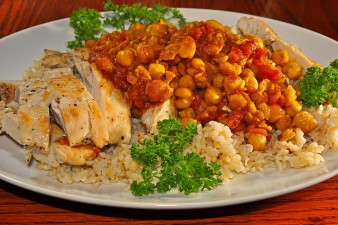 Everything else I ate this week came from groceries that I already had in my house or the $34 worth of groceries I bought during the week. My girlfriend Tag made some awesome lime chicken and a casserole that fed me for about 4 or 5 meals during the week. It does get a little tiring to eat the same exact meal a bunch of times during the week, but when it’s something really delicious like Tag made then it’s easier.

She even put some vegetables in there so I’m going to assume I’m 1000% healthier this week than I was last week.

It’s Easy Saving Money When You Identify a Spending Problem

The hardest part about finding ways to save money on spending is to identify where you have a spending problem.

Scratch that. It’s ADMITTING you have a spending problem.

I hadn’t looked at my food budget for months because I KNEW what I found would be terrible. It’s that stupid theory that if you don’t see something it’s not really happening. It makes absolutely no sense and makes me feel like an idiot, but I know I’ve done it before and I’ll probably do it again.

Readers: Are you spending too much money on something? Are you ready to make a change?