Dealing With Student Loan Debt in The Golden Years 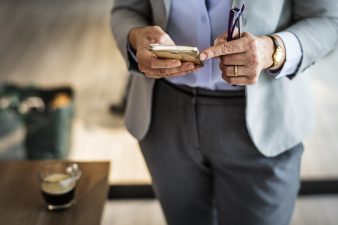 It’s not easy getting older in America. I am really not looking forward to it. Currently, I am in a period of my life where I am no longer young enough to naively believe that I will be young forever. I am entering middle age. And, worrying profusely about saving enough money so that I can exist comfortably when I am elderly.

The life transition process of entering elderly age is often called the “golden years.” I think they should be called the” worrying years.” American senior citizens are steadily becoming one of the largest growing segments of the American workforce. That isn’t by accident. Retirees have to make at least $44,000 a year to meet basic standard of living costs.

Senior citizens are steadily becoming mired in poverty and retiring later in life just to work longer. Currently, over 25% of the American workforce is over the age of 55. Up to 42% of people over the age of 65 may live under the poverty line. Half of all senior citizens who receive Medicare benefits make less than $26,000 a year.

The glamorization of the retirement years that we see in popular culture entertainment bears no resemblance to the reality. For most Americans entering their so-called golden years, life gets more difficult. Not easier. In fact, a worrying number of Americans are entering their golden years weighed down by student loan debt.

There can be serious consequences for senior citizens with such debt. In 2016, over 114,000 senior citizens had their social security benefits seized over their delinquent student loan debts. Some have their fixed incomes garnished as well.

The average income for working senior citizens between the ages of 65 to 75 is about $18,000. Life is hard enough during the retirement years. There is no need to make them harder. If you co-sign a loan, which is usually never a good idea, make sure that the person you help can pay it back. Research cheaper colleges or universities for your child or grandchild to attend. Try to find scholarships.

Sometimes in life, you have to look out for yourself and your future. Especially at a time in life when you might be on a fixed income. There is nothing wrong with being financially generous with the people you love. Just ask yourself: who will be financially generous to you during your golden years if you need help?