The Durbin Amendment Wants to Steal Your Rewards

In one of the most absurd pieces of legislation I’ve seen, the government is trying to regulate how much money banks are allowed to charge for providing a service. The Durbin Amendment, which was signed into law last year and will go into effect on July 21, would limit debit card interchange fees to a maximum of $0.12 per swipe.

Even though retailers are voluntarily deciding to do business with banks that issue Visa and Mastercard debit cards, the government (specifically Dick Durbin) feels the need to get involved and start setting rules and price limits.

The law hasn’t even been implemented, and we’ve already seen debit card rewards programs disappear and we’ve heard rumors of banks setting maximum purchase limits on debit cards. We can only expect to see more of this if the law does go into effect in a few months. 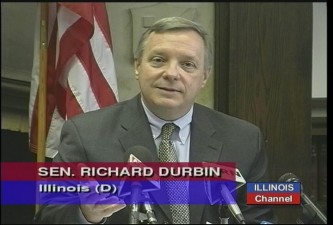 The effect this law will have on the American consumer is to take the interchange fee away from the banks (who were happily sharing it with consumers) and give it to the retailers who will just increase their own profits. Some people argue that retailers will pass savings along to customers, but if they really wanted to pass along savings, they could have been offering a cash discount all along. I’ve only heard of that at a few gas stations, so in general I don’t believe the retailers are going to jump at the chance to pass along the savings.

This law also makes debit card processing so cost prohibitive that banks can’t afford to allow large purchases on debit cards, thus making buying anything above $50 or $100 impossible on a debit card.

Thankfully, some congressmen have realized this is probably a horrible idea, and have introduced legislation to try to delay the implementation one or two years while they take a closer look at how it will affect not only consumers, but also small community banks and credit unions.

I personally never use my debit card, so my budget isn’t going to be affected by this law. However, I’m so angry that our government would pass a law that provides absolutely zero benefit to the consumer.

Can someone out there please help me find something good about this law? Thanks dudes.