As you may know, the federal government almost shut down this weekend. If it weren’t for a last minute resolution, about 800,000 federal workers would have been temporarily jobless. 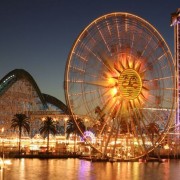 You may not have followed the events that transpired last week, so I’m here to give you a recap. And what better way to do it than to combine it with the Totally Money Blog Carnival? (Don’t worry, The Hoff’s weekly stock pick will be posted later today, so come back for that around noon!)

The Totally Money Blog carnival is a collection of personal finance posts from all around the web. For this special government shutdown edition, each category will be represented by someone or something who played a part in this federal government budget debate, as well as a little blurb about what role that person or entity played in the debate last week. Your job is twofold. First, enjoy all the great personal finance posts. Second, get a quick lesson in current events!

Finally, if you want to submit an article for next week’s carnival, I can hook you up! Just click this link and you’ll be having a totally money carnival in no time! Now let’s get to the posts!

I’m a political right-leaning independent myself, but whether you like Obama or not, this budget wouldn’t have happened without the president. He’s the leader of the country and he gets the credit when something goes right, just like he would get the blame if something goes wrong. He made sure Harry Reid and John Boehner stayed together and didn’t rest until the budget was done. Following in the president’s leadership, here are the four leaders of this week’s carnival:

We wouldn’t have a budget for the rest of the fiscal year if it weren’t for John Boehner. The tea party caucus was ready and willing to let the budget expire and allow the federal government to shut down. If it weren’t for Boehner’s negotiations with Obama and Harry Reid, there wouldn’t be a compromise.

Sorry, but Boehner’s career was going to be over if he lost this fight. Polls showed that, in general, a shutdown was going to be blamed on the Republicans. He seems to have (at least temporarily) saved his career with this deal.

It’s surprising that America’s largest creditor, China, really isn’t involved in any of this. You’d think the people who are going to end up lending us the money to pay for the budget would have some input. My guess is that they do to some extent, but they are probably smart enough to realize that $38 billion, while a lot of money, isn’t going to make much of a difference. I imagine they will be more concerned with the next budget where hopefully we’ll be looking to cut hundreds of billions.

The USA has $14.3 trillion in national debt in case you were wondering. And that number is rising every day.

One of the most publicized impacts a shutdown would have had on the country would be the closure of national parks and the Smithsonian museums. While a shutdown would have definitely ruined a few vacations, I think reporting on this was completely overblown. I’m pretty sure the tourism economy can handle a few days of a few parks being closed.

If there is one thing the stock market hates, it is uncertainty. The possibility of a shutdown kept stock prices pretty flat at the end of last week. Now that the budget is complete, I expect some happy traders on Wall Street just in time for earnings season to kick off with Alcoa reporting their Q1 earnings today.

While I find it hard to associate anything in our government with frugality, the closest thing we can find is the Tea Party. This caucus in the Republican party is primarily responsible for the $38.5 billion in cuts that were included in the budget, and is the closest things we’ve seen to frugal in Washington in a long time. I’ll be ready to call them frugal when they balance the budget and have the United States operating under a surplus.

If the United States is going to start managing the federal budget effectively, the best place to start is going to the the Paul Ryan plan that was unveiled last week. I don’t know the details and am not saying we should implement his plan; I just know that any plan that addresses the outrageous costs of health care is a good starting point. We need to expand on his plan and figure out ways to cut costs in entitlements and defense, and then we might really get somewhere.

I had to throw this dude in here somewhere, and he didn’t seem to fit any of the other categories, so here he is. I’m convinced one of the main reasons this deal got done was because Reid came out and told the public that the only hangup was funding for Planned Parenthood. I don’t know if that was true or not, but I do know that people were going to believe it. This was a crafty move by Reid to preemptively shift as much blame as possible onto the Republicans.

Sorry, but real estate really had nothing to do with the budget discussion. However, if you’ve ever watched C-SPAN and have seen congressmen arguing back and forth, that all takes place in the Capitol Building. You may need to know this if you’re ever on Jeopardy and get a U.S. Politics category.

NPR and Planned Parenthood were saved (I know it’s a stretch; cut me some slack). After a lot of news about Republicans trying to defund these two organizations, both kept their federal funding intact after this budget. A part of the bill denied Planned Parenthood the right to use federal funds for abortions, which already wasn’t happening. NPR was wholly unaffected.

If the government had shut down, the people filling paper tax returns (including me) would have had to wait longer to get their refunds. Sure the refunds were going to be delayed, but I bet they would have found some way to cash your check if you owed money on your taxes.